Patrick Nagel — Art in the 80s 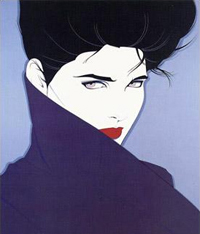 It’s not often that a single person can take responsibility for defining a large part of a decade’s visual motif, but it would be hard to deny the impact that artist Patrick Nagel had on the 1980s. From his contributions to Playboy to his dabblings with music industry icons, Nagel would create a style so uniquely his own that is work is still easily recognized today. Yet, his style was more than just his own; it would become associated with a specific era — the 80s.

Patrick Nagel printNagel was born in 1945 in Ohio, and after receiving his Fine Arts degree in 1969, he struck out as a freelance artist. After a stint in television, he returned to his freelance passion and began to produce a prodigious amount of work for both magazines and major corporations in the form of advertisements and art contributions. Over time, Playboy would come to grab more and more of his focus, and by the mid-1970s his images had become inextricably linked with their magazine. 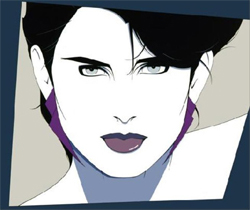 Nagel’s unique gift was his ability to synthesize the traditional “wood block” style prints that are associated with Japanese art and combine them with Art Deco stylings to create a singular and undeniably individual look for his own portraits. Preferring to draw women, he populated an entire universe with ivory-skinned goddesses who were often set against empty space with only the most minimal of props to adorn them. His art was so different from the typical pinups most readers had come to expect from Playboy that it almost felt as though it had been drawn in the future and then transmitted through Nagel’s pen to the present day. 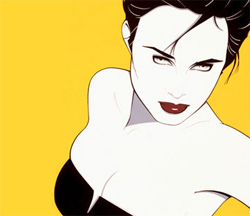 Another aspect of Nagel’s notoriety came through his collaboration with 80s pop music sensation Duran Duran. The cover of the band’s breakthrough hit album Rio was painted by Nagel. Even the remastered edition that would appear 17 years after its initial 1983 release would feature a Nagel beauty. Nagel worked on several projects together with the band, and it was through their music that the younger 80s generation were introduced to both his earlier and contemporary work. Sadly, Nagel would be taken by a heart attack just one year later, leaving his art as an enduring legacy that is still appreciated today.