By Julie Anderson Eighties girls will totally recognize this bonnet-clad little girl and the way-back-when lifestyle she conjured up: http://youtu.be/XnNlbl0EYhU It’s Holly Hobbie, the artistic creation of author/artist Holly Hobbie. (I know, right? I was fascinated to learn that she named her character after herself.) Denise Holly Ulinskas marred Douglas Hobbie in 1964. In the late 60s, she created the Holly Hobbie character and sold the image to American Greetings cards. The beautiful watercolor paintings struck a chord with Americans, and the image of the bonneted little girl in the patchwork dress quickly became ubiquitous. Hobbie’s other popular creation, pig-centric television show Toot and Puddle, was produced from 2008-2009 with reruns still airing on Nick Jr. Holly Hobbie wore an enormous blue bonnet and long patchwork dress. She enjoyed mild, pleasant activities like sewing, cuddling animals, and collecting wildflowers with her friends. The gentle, modest nature of Holly Hobbie reminded us of slower and sweeter bygone times. (Contrast to Bratz and, like, sigh for today’s youth.) Though we first saw her on American Greetings cards, she soon appeared in toys, dolls, clothes and accessories, stationery products, and even furniture lines. Holly Hobbie wrote several books about about, uh, Holly Hobbie. Richard S. Dubleman’s novel The Adventures of Holly Hobbie is a well-loved youth mystery novel. Back then, there was no television show for Holly Hobbie, but I think we can all see some resemblance between Holly Hobbie and Laura Ingalls, no? http://youtu.be/AB-gP0Ll1oU Little House on the Prairie ran from 1974 to 1982. Like Holly Hobbie, Laura (along with Nellie, Mary, Carrie, Ma, Mrs. Olson, and all the Little House ladies) wore late 1800s period dress. Holly Hobbie was reborn in 2006, but girls from the 1980s won’t recognize this modern version of Holly. She wears jeans and a sassy newsboy cap – a far cry from the original Holly’s pinafore dress, pantaloons, and bonnet. Today’s Holly Hobbie dolls (including Holly and friends Amy and Carrie) come with their own pets and optional separate outfits. The story line involves the Holly of today growing interested in the life of her great-grandmother, old-timey Holly: 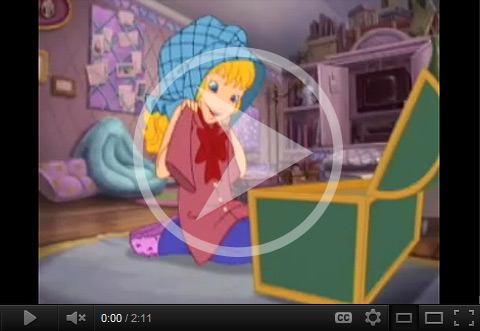 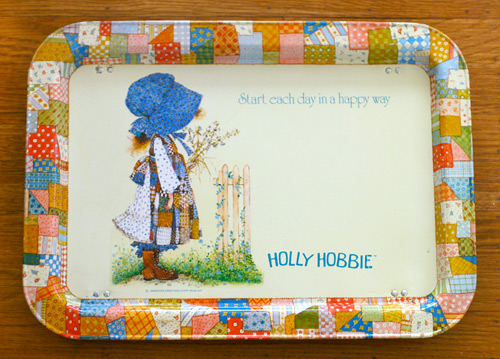 The patchwork motif was a natural for bedding designs. You can find all sorts of cheery sheets and comforter sets on the web. This twin comforter is especially cute:

For this set of holiday glasses, Holly doffs her blue bonnet in favor of Christmassy red and green attire: 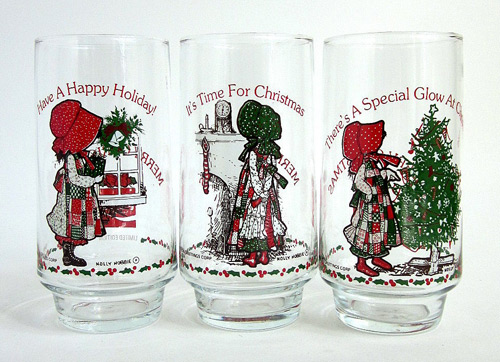 Aw, man, you guys. I totally had this Holly Hobbie metal lunchbox when I was in, like, first grade. I feel all poignant and mushy and stuff now. Sniff. 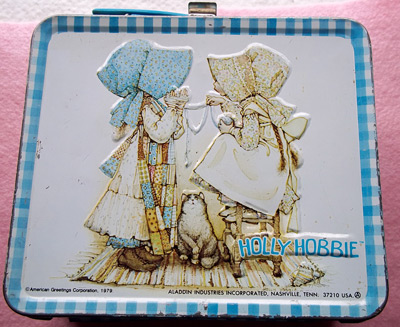 This Holly Hobbie sewing machine would have rocked my world when I was a little girl. My mother sewed on occasion and taught me to use her grown-up machine, but this kid-sized machine is just fantastic: 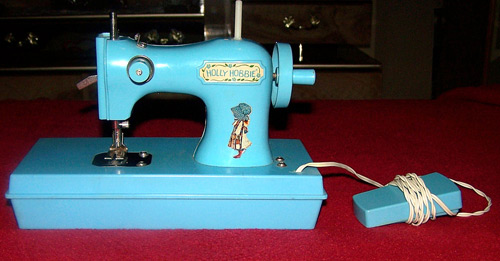 Oh, man, how I’d have LOVED to get my hands on this light-bulb powered Holly Hobbie oven and bake up some Jiffy Cakes: 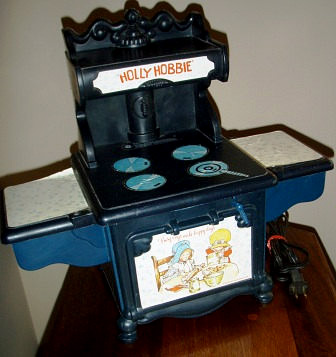 Speaking of cake, little eighties girls swooned over birthday cakes made with this Holly Hobbie pan: 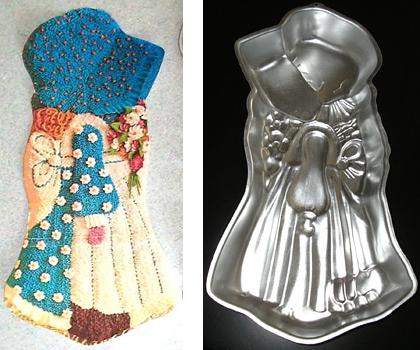 Embrace your inner Holly Hobbie and spread the love around. Check out Karen’s Holly Hobby World, a comprehensive site about all things Holly Hobbie to get started. It’s a far cry from boas, platform shoes, and rhinestones, but that innocent Holly Hobbie look is just as beautiful on today’s little girls as it was on little girls of the 1980s: 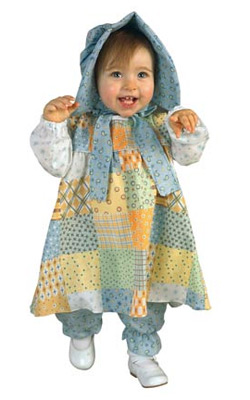