In my book of 80s teen heartthrobs John Cusack deserves several long, loving chapters devoted to him. He was dreamy in a sweet/funny/nerdy kind of way, which somehow in my teen brain made him a possible candidate as a future boyfriend.

Shockingly, this did not end up happening. His characters were usually the underdogs that you rooted for and wanted to end up with the girl – from Sixteen Candles to Better off Dead to The Sure Thing my crush continued.

It was his portrayal of Lloyd Dobler in 1989’s Say Anything that solidified my crush and my hope, along with every other girl in the world, that I would hear Peter Gabriel’s “In Your Eyes” blasting outside my bedroom window, only to open up the curtains to find this: 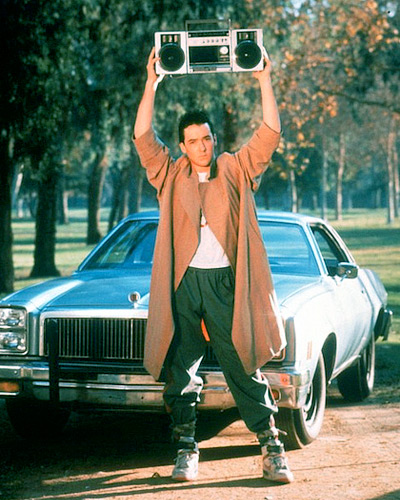 Lloyd falls for the class Valedictorian, Diane and decides on graduation day that he is going to ask her out. In typical 80s fashion his friends tell him this will never work, since she is so beautiful and smart.

Surprisingly Diane accepts Lloyd’s offer to go out and they begin seeing each other, much to her father’s disapproval. Diane has a fellowship and is set to fly off to England and her dad feels that time spent with Lloyd is ruining her focus. After several dates and doing the deed in the backseat of a car Diane starts ignoring Lloyd and his phone calls despite her love for him.

Cue the famous scene that can easily become your Halloween costume this year: 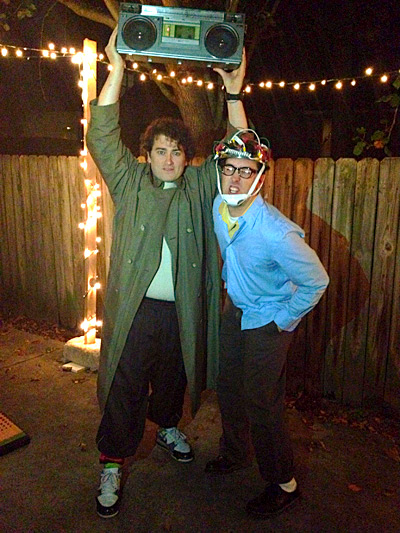 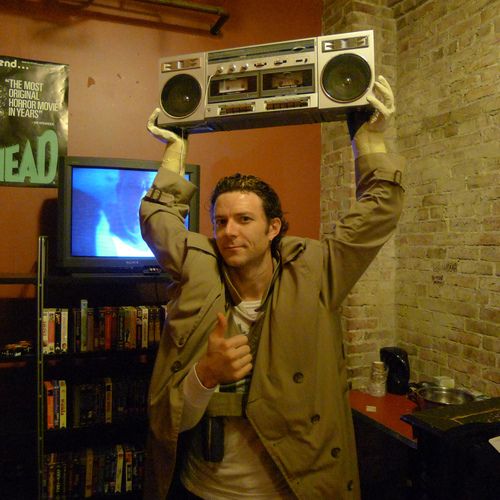 This guy fixed the whole arms-fatigue issue by building the arms into the costume. That way, he can still do things like, oh, hold a drink. But, it does look just a little creepy, don’t you think?

Here is all you need:

And one all-important prop is of course required:

Bonus points if you include a cassette tape with “In Your Eyes” playing on a loop. Expect to get an upper body workout from lifting that big ‘ole boom box over your head all night long.

Also expect to make plenty of people super nostalgic and want to re-watch one of John Cusack’s greatest movies ever.