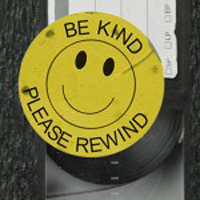 Not my awesome, big, boxy VHS tapes! I’m not ready for VHS to RIP just yet.

My first two jobs ever were at video stores so I feel a real affinity toward VHS tapes.

From the giant cardboard boxes displayed on the shelves, to the clear plastic boxes I would snap the tapes into for you to take home, the disappearance of video stores makes me nostalgic and sad. 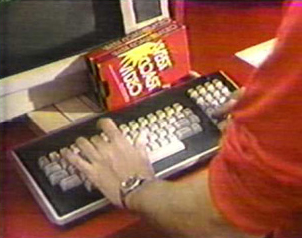 Especially for the mom and pop stores that I worked at when I was a teenager. The first store was called “Video Show” – it was my first job ever and I couldn’t imagine a more perfect place to spend my weekends and two days after school. The store was in a strip mall and had a very cool sign that was bright blue with a picture of a movie camera on it.

My senior year of high school I worked at another store that was a little bit of a bigger operation called “West Coast Video” which was kind of funny, considering we were in Florida. This store was more modern and cool and I worked there with a few guys who loved movies as much as I did. We had to wear these terrible maroon polo shirts and name badges, like a little uniform, I wasn’t crazy about that. 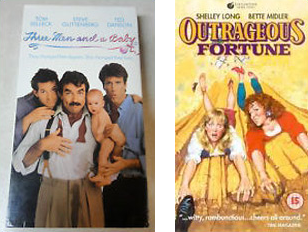 Some of the big, bulky boxes that were top rentals during the years I was in the industry were:

Each of the pictures on the covers of these boxes are etched in my memory forever – especially Three Men and a Baby, man, people loved their Steve Guttenberg back in the day – they couldn’t get enough of that one. 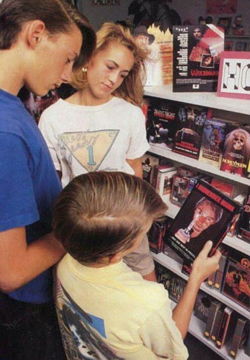 By the late 80s/early 90s the Blockbuster and Hollywood empires began to eat up the mom and pop stores . . . way more corporate than my little maroon polo shirt operation, the big boys in the bright blue polo shirts swooped in and took over.

I could no longer go into my little Video Show strip mall store and see Doug and Joyce, the owners who were always so nice to me and ask them, what’s new? What’s good? What I should rent tonight?

The whole novelty of going to the video store with nothing particular in mind, wandering the aisles, reading the boxes and coming out with a movie like Cocoon or The Legend of Billie Jean is pretty much over.

Now we have Netflix, which while convenient, and great . . . it just doesn’t feel the same as walking out of the store with some Raisinets, a soda and a recommendation from Doug and Joyce.

I don’t care what anyone says, I refuse to get rid of my boxy tapes. This Friday night get the air popper out, melt some real butter and pass me the Milk Duds.

Oh and the screens scrambled . . . could you get up and spin the little tracking dial deal?