Anyone else remember the absolute thrill of these five words: THE CABLE GUY COMES TODAY.

I do certainly do; when we first got cable hooked up to our television back in the early 80s, it was a huge deal.  I had experienced the wonders of HBO at my grandparents’ and friends’ houses and finally . . . finally this luxury was coming to my family.  It meant that I would finally have all the re-runs of ‘The Munsters’, could watch ‘The Brady Bunch’ in syndication, I could OD on all the movies that HBO had to offer, and most of all – the granddaddy of all cable stations in the 80s – MTV would finally be within my grasp.  I could experience the thrill of a World Premiere Music Video and stay up to date with my favorite VJs. The cable box back in the day (which you had to get up and go manipulate when you wanted to change channels) was big and clunky, but it sat on top of our TV set like a prize trophy. Wood grain, big buttons, and wires coming out of every corner—it wasn’t pretty, but it was totally awesome: 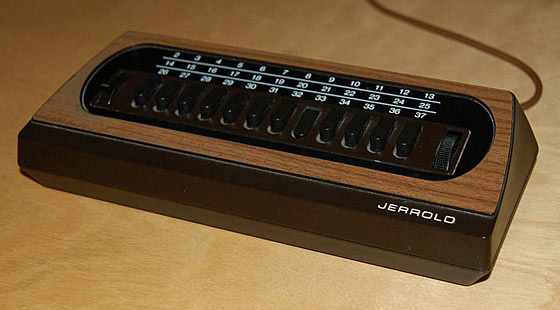 Speaking of HBO, who doesn’t remember the intro that came before every movie?

Some movies I remember playing on a loop on HBO back in the early 80s were:

These movies were watched over and over again by me and my brother Mike – we could recite (and still do to this day) most of the dialogue from Mommie Dearest which both amused and confused our parents. Other movies that were watched (mostly at slumber parties, quietly, without parental permission) were Porky’s and So Fine (the one about the jeans with the holes in the butt starring Ryan O’Neal.) Very risky/raunchy viewing back then. 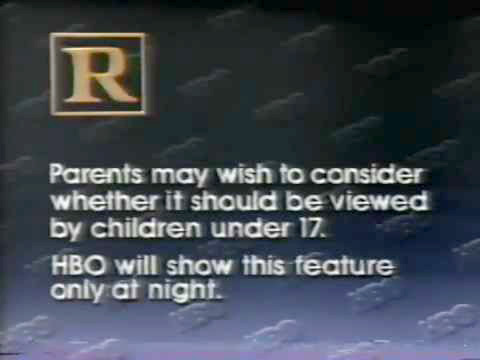 I don’t remember exactly what year our cable was installed but I do know that THANK GOD we had it by August, 1 1981 as I was planted in front of the big glowing box to watch the launch of my beloved MTV. Honestly, as silly as it sounds I will never forget that day!

And what about slipping the cable guy a handful of cash to give you some free movie channels? Does that still happen today? I don’t think any of the dads in the early 80s were above palming a 20 dollar bill to the man in the jumpsuit – with a few quick wire connections you were hooked up to The Movie Channel and Cinemax too!

With today’s On Demand and Netflix features, we can watch movies on our television sets with the click of the remote – no searching through the “TV Guide” to see what time The Champ starring Ricky Schroder and Jon Voight would be on The Movie Channel (another one that was on continually back in the day . . .).

It’s easier today, but with all the endless technology we have, it doesn’t all seem quite as exciting, does it?