Top of My Toy List: My Barbie Styling Head

Home » Top of My Toy List: My Barbie Styling Head

I loved my Barbie Dolls growing up – like lots of girls, I was kind of fanatical about them. I had a few different versions of Barbie, Ken (with his purple ascot and hot pink shirt), and Barbie’s little sister Skipper too. 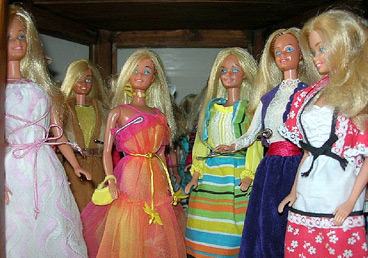 I also had Donny and Marie Dolls that used to come on over to party with Barbie. And Darci, Covergirl Darci was a bigger, bustier version of a Barbie doll. 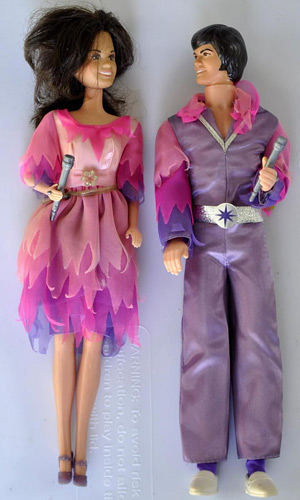 But my favorite memory of Barbie revolves over just one of her many parts and no, it wasn’t those feet that were forever in tip toe position ready for another pair of high heels to be popped into them.

It was her head. 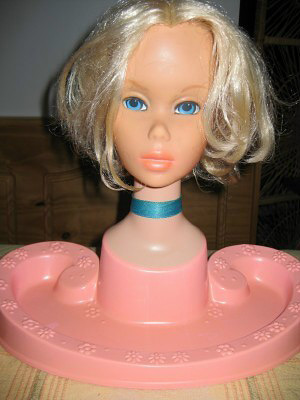 This isn’t the exact one I had, but it’s a close match.

I was probably a little too old to be getting one of these giant styling heads on a plastic tray for Christmas. In fact, I kind of kept it on the down low that I had a Barbie head, even though it was one of my favorite “toys” ever.

It must have been that combination of feeling like I was indeed too old to still be playing with Barbie, mixed with the fact that once I had her hair and make-up just so I really didn’t want anyone else messing with her that made me pretty much keep her to myself.

Here is what I remember about my giant Barbie head:

I would put her hair in all sorts of different styles. Having thick, curly brown hair her pretty blonde mane sure was a nice departure. But doing Barbie’s make-up was my favorite part of being her stylist.

I loved putting a ton of blue eye shadow on her, followed by hot pink rouge and frosty pink lips. With her hair up in a French twist she looked like she was out of a restoration period piece! Or maybe out of an old-timey brothel!

Either way I was constantly pleased with my work and loved to gaze at her head on my white dresser as I went to sleep.

Throughout the 80s, the Barbie styling heads continued to get even cooler and more deluxe. How happy I would have been if “Fashion Fever Barbie Styling Head” would have been around when I was younger (she wore lots of glitter!)

or this “Pose Me Pretty Barbie” (her head could “pose” and she also had a ribbon choker necklace like mine did!)

Having that Barbie head was the start of my love of big hair and a crap load of make-up – in the early 80s my big head started wearing blue eye shadow, hot pink rouge and frosty pink lips.

It didn’t look as good on me as it did on my big Barbie head, but I wore it loud and proud.

Thanks for the practice, Barbie.