80s Costume – The Creepy Twins from The Shining

Home » 80s Costume – The Creepy Twins from The Shining

Stanley Kubrick’s 1980 masterpiece The Shining goes down as one of the scariest movies of all time.

We watch it every year at Halloween – even if it’s not Halloween if I’m flipping around and land on it I always shave to watch it – followed by a pretty restless night’s sleep.

The Shining tells the story of the Torrance Family – dad/writer Jack takes his wife Wendy and son Danny up to an isolated hotel over the winter where he will act as caretaker and have some nice quiet time to work on his novel.

We all know how the story goes…elevators full of blood, creepy old lady in the bathtub, the world’s scariest hedge maze, REDRUM and these two: 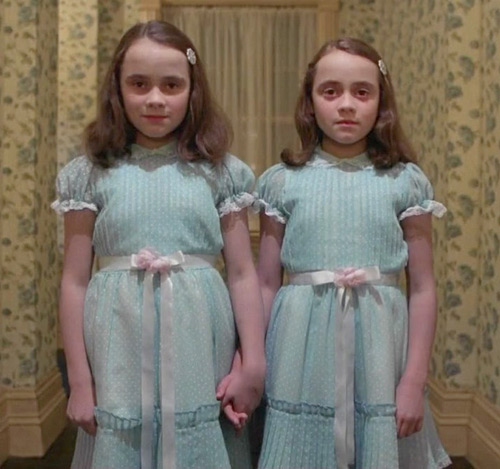 While Jack Nicholson may have been the star of The Shining, the scenes with these creepy twins (was that their name in the movie? Because it seems that’s what everyone refers to them as…) were just as disturbing as old Jack with his axe and “Here’s Johnny” line.

Why not grab yourself a girlfriend and a matching baby doll dress and become The Grady Twins next Halloween or for your next ‘80’s themed costumed party? You’ll be sure to be a creepy smash hit, double the creep factor = double the fun! 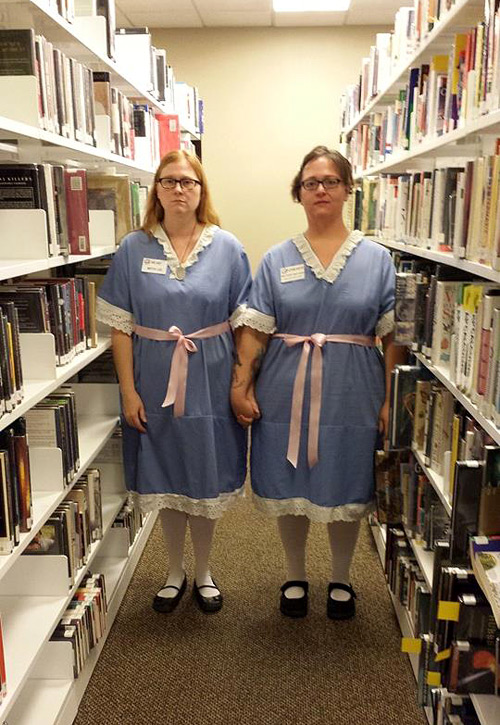 If you don’t have shoulder length brown hair you may want to also invest in two matching wigs. Give yourselves that milky-pale-dead look with some white make-up and add some dark/reddish circles under your eyes. 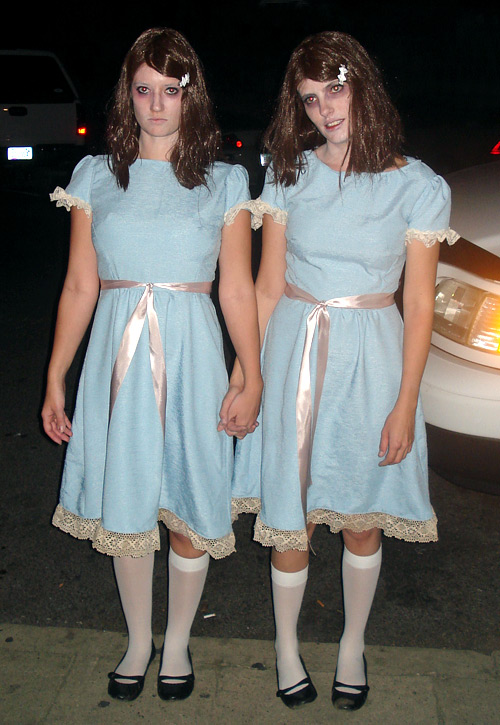 Be prepared to stick together throughout the evening asking people to come play with you, holding hands and terrifying everyone you come in contact with.