The Shorts That Screamed Summertime – Terrycloth

In going through old photo albums the other day, I couldn’t help but smile whenever I got to the summer months in the early 80s, with my brother, Mike, and I wearing a whole lotta these: 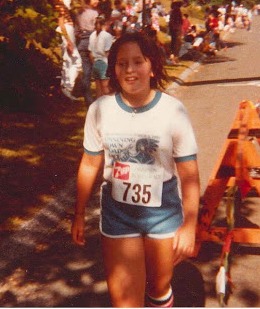 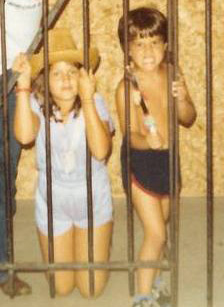 Terrycloth shorts were part of the summertime uniform back in the day – everybody was wearing these comfortable, elastic-waist, absorbent towels on their bottom halves. 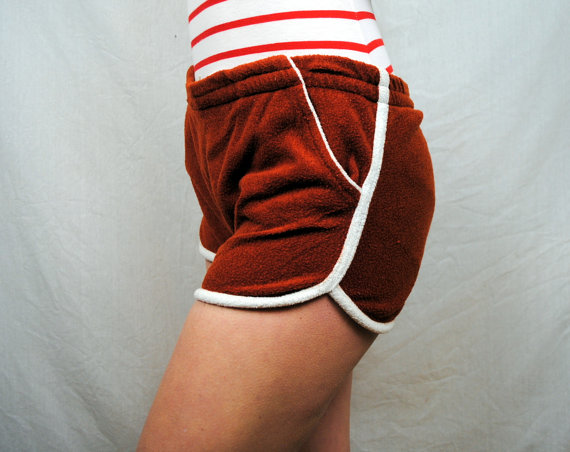 Besides shorts, the ladies also wore these sleeveless terrycloth “jumpers” or “rompers,” which were quite fashionable. 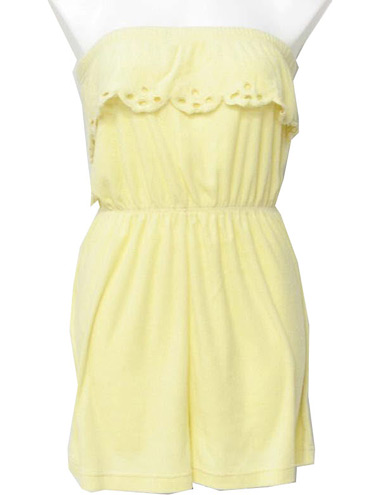 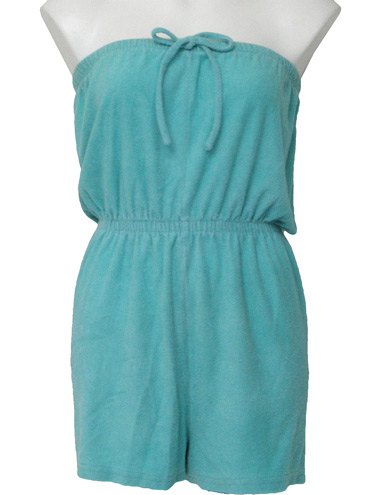 These rompers looked especially good with the addition of a headband, knee-length athletic socks, a gold lightning bolt necklace, or a pair of roller skates.

The shorts came in a rainbow of bright and pastel colors. They were finished off with piping in white or a contrasting color. These were certified “short” shorts, waaay before we started wearing long board shorts and Jams. 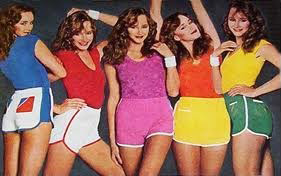 Here was the trouble with terrycloth – it didn’t wash very well. After many summertime spins through the wash cycles, it would become stiff—the complete opposite of the fluffy towel texture it once had.

So, each summer new terrycloth shorts were purchased, worn to death, became threadbare and starchy, and were tossed away, allowing for a new wardrobe of shorts the following summer.

Though I never had one, I guess some people wore terrycloth shirts as well, see? 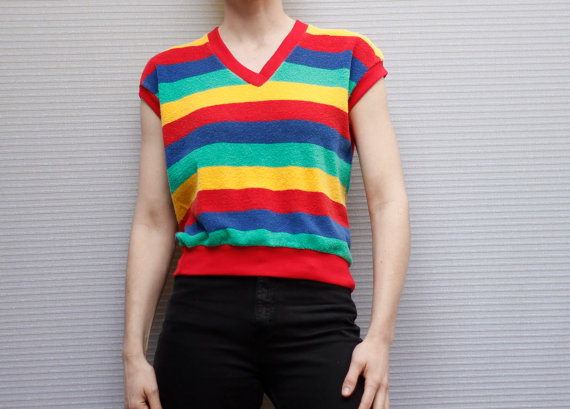 So you could have an entire outfit based on something you should be drying yourself off with! Add a sweet headband/wristband combo and you’d be ready for a triple-threat-terrycloth takeover!

I’m not too sure I’d want to rock the terrycloth trend today. But, looking back at the pictures gives me a warm fuzzy (like terrycloth) feeling that transports me back to those lazy, banana seat bike riding, long summer days of the early 80s.