Who remembers flipping through your Young Miss magazine, comic book, or the Sunday paper and coming across this ad? It was the deal of the century!  Eleven (or ten, depending on which offer you used) tapes for a penny? And I get a twelfth tape FREE? And I only have to buy a few more tapes at the regular price (plus shipping and handling) over the next year?!? Who needs to read the fine print, I’d be a fool not to join Columbia House!

This was the club for me; I love music, and I love getting things in the mail. In the 80s, pre-downloadable instant music gratification, Columbia House was where you went to get your music by mail.  I taped my shiny penny to a piece of paper, carefully chose twelve tapes (including Make it Big by Wham! Vivid by Living Colour, and Valotte by Julian Lennon), and waited a few weeks to suddenly find myself in cassette tape heaven. What to listen to first? I must make time to organize the new tapes alphabetically in with my other tapes! Which ones should I take to the beach tomorrow?! This box of cassette tape magic gave me so much to think about!

And I was part of a club – membership has benefits, right? 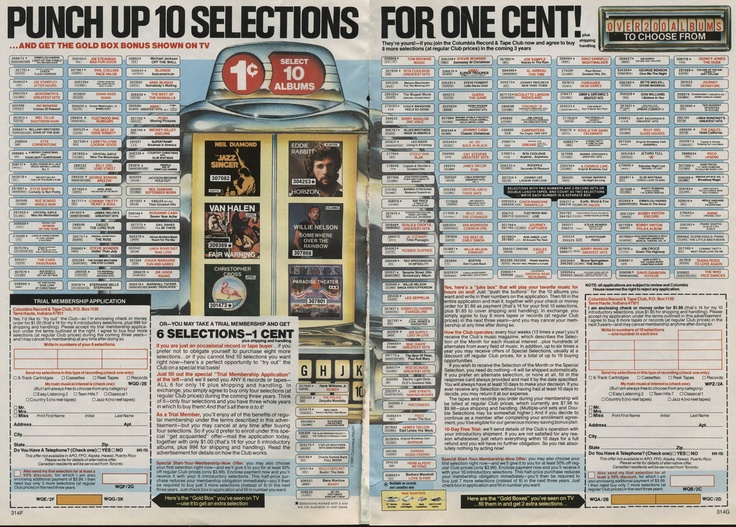 So much good packed into one little cent . . . or so I thought.

At first, everything was great. Each month I’d get a little catalog with more tape choices along with a card that I had to send back to Columbia House, telling them I wasn’t interested in receiving their “selections of the month.” If I didn’t fill out that little card, they would send me the tapes—how cool of them! Thanks Columbia House for thinking of me and my music needs. This club was awesome! 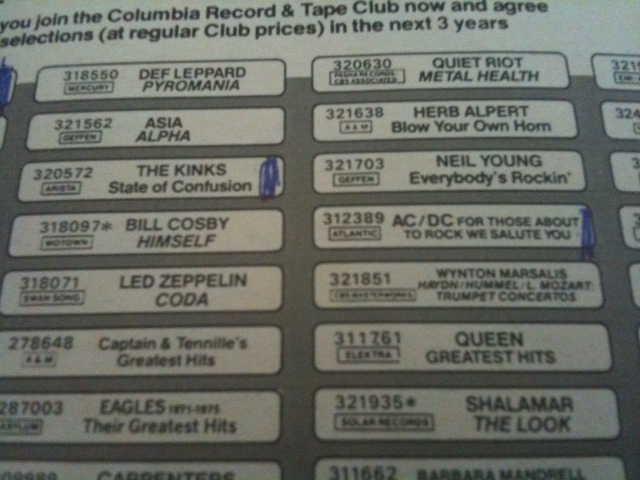 I learned soon enough that membership doesn’t always have its benefits, and the shiny wore off of the never-ending music plan. The little catalogs that I’d once spent so much time obsessing over sat in the mail basket by the front door. Box after box of unwanted cassette tapes were now being delivered to the house.

It was easier to pay for the tapes rather than return them, so I ended up with a ton of things I didn’t want like No Jacket Required by Phil Collins or the soundtrack to ‘Beverly Hills Cop.’ How do I opt out of this club? Have I ordered enough tapes to get out? Why do I have three copies of Make It Big by Wham!? Something wasn’t right. I wasn’t happy. And neither were my parents. 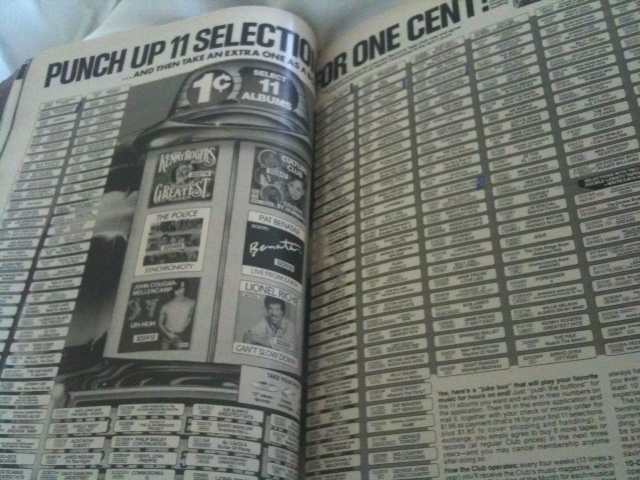 The Columbia House Record Club was revolutionary when it started up waaay back in 1955. CBS and Columbia records were able to market new music to rural areas without record stores. But the height of this exclusive club’s popularity had to have been the 80s, with all of America’s mailboxes crammed full of little cardboard boxes of unwanted plastic and lots of 15 year old kids getting lectured from their parents on being more responsible.