The 1980s gave us so much great music—totally awesome music for partying, doing aerobics, slow dancing, cruising on Friday nights, and above all, making out!

Who else remembers kissing in the backseat of the car or on the couch with one eye open, making sure Mom or Dad didn’t peek out the living room window or come down the stairs? Anyone? Depending on what area of the country you grew up in, making out might also have been called muggin’ or grubbin’ or snogging or pashing, or one of the less appealing options like sucking face, swapping spit, or tonsil hockey.

Whatever you called it in the 80s, when these five songs came on the radio, it was make out central in my 80s world:

‘Take My Breath Away’ by Berlin

The movie Top Gun brought us many great things: non-stop action, an epic volleyball scene, and one of the greatest make out songs of all time. Berlin’s hit won both an Oscar and a Golden Globe back in 1986. With its dreamy synth-pop sound and singer Terri Nunn’s velvet-smooth voice, whose breath wouldn’t be taken away by this ballad? 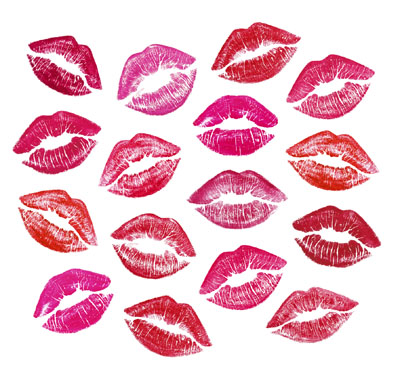 And baby, you’re all that I want
When you’re lyin’ here in my arms
I’m findin’ it hard to believe
We’re in heaven…

Melt . . . sigh . . . we’re in Heaven! This rock power ballad/love song was a number one hit off Bryan Adam’s album, Reckless. With a sweet guitar lick opening and sweet lyrics to match, ‘Heaven’ was the theme to many proms, homecomings, winter formals, and back seat make out sessions in 1985.

‘Is This Love’ by Whitesnake

I can feel my love for you
Growing stronger day by day,
An’ I can’t wait to see you again
So I can hold you in my arms
Is this love that I’m feeling,
Is this the love, that I’ve been searching for…

You know I had to include a butt rock, big-haired, beautiful ballad on this list right? Whitesnake’s ‘Is This Love’ made it all the way to the number two spot in 1987, their second biggest hit alongside the equally sexy ‘Here I Go Again.’ The music video also featured lead singer David Coverdale’s then-girlfriend, Tawny Kitaen dancing, rather than doing gymnastics on the hoods of cars. The song was deemed one of the top power ballads of the ‘80s by VH1 and was a certified make out hit.

When I’m alone in my room sometimes I stare at the wall
and in the back of my mind I hear my conscience call
Telling me I need a girl who’s as sweet as a dove
for the first time in my life, I see I need love…

I had LL Cool J’s Bigger and Deffer album with this surprisingly sweet song on it – how ‘bout you? In 1987, ‘I Need Love’ was a breakout hit, and mainstream radio was introduced to a sexy hip-hop love song. I just re-listened to it, and I think I still know every word, including the, “I’ll lay down my jacket so you can walk over a puddle” part. Awww. No wonder the ladies love cool James.

‘Need You Tonight’ by INXS

Good Lord, this is still one hot and sexy song, isn’t it? My boyfriend Jason and I declared this OUR SONG, and whenever we heard it we would kiss like crazy teenagers, because…that’s what we were. He worked at the mall, and I would pick him up in my big brown Camaro afterwards. We’d pop INXS’s Kick into the cassette player, and off we went. Surprisingly, it’s the only INXS hit that made it all the way to number one, back in 1987.

So much good music, so many good memories, and so much making out. So, there you have my top five make out songs of the 1980s. What were yours?  Post yours in the comments, and grab your partner for a little 80s-style-makeout session!