Why Current Artists Can’t Resist Picking from the 80s Buffet

As if you need more evidence that 1980s music is the greatest, consider this: even now, almost a quarter-century after the decade folded, artists are still ripping off– oops! I mean, “sampling”– 80s hooks for their own songs.

For example, just the other day, I was thrilled to hear on the radio Suzanne Vega’s “Tom’s Diner” (a.k.a. The “Duh-Duh-Da-Duh” Song). Only it wasn’t Suzanne Vega: it was Fall Out Boy, whose newest single “Centuries” heavily borrows from Vega’s song.

And this is just the most recent stop on the 80s Sample Train. Artists as diverse as Rihanna (who samples Soft Cell’s “Tainted Love” for “S.O.S.”), Jessica Simpson (who includes echoes of John Mellencamp’s “Jack and Diane” in “I Think I’m in Love”) and Pitbull (who got help from both Christina Aguliera and a-ha’s “Take on Me” for “Feel This Moment”) have adopted 80s grooves for their own purposes.

And speaking of Pitbull . . . don’t get me started on all the rap and hip-hop artists who have dipped into the teeming treasure trove that is 80s music. Of course, everyone knows the debt that M.C. Hammer and Vanilla Ice owe to 80s songs: Hammer liberally lifted from Rick James and Prince (for “U Can’t Touch This” and “Pray,” respectively) and Vanilla Ice’s entire, thankfully short-lived career relied solely upon the bass line of Queen and David Bowie’s “Under Pressure.”

But even hip hop artists who aren’t punchlines have sampled 80s songs: Flo Rida borrowed from Dead or Alive’s “You Spin Me Around” for “Right Round,” P.M. Dawn from Spandeau Ballet’s “True” for “Set Adrift on Memory’s Bliss,” and Sean “Whatever-He’s-Calling-Himself- This-Week” Combs from the Police’s “Every Breath You Take” for “I’ll Be Missing You,” his tribute to the Notorious B.I.G. (who himself sampled “I’m Coming Out” by Diana Ross in “Mo Money Mo Problems”). 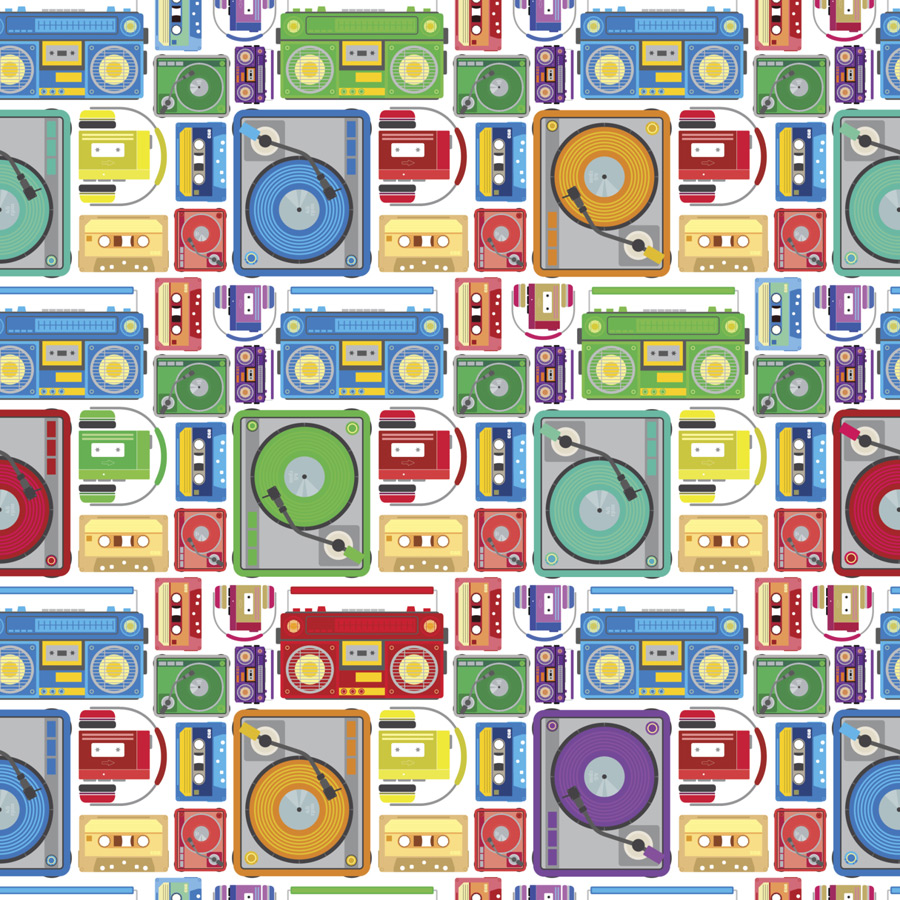 Moreover, some 80s songs are so amazing, they get sampled over and over: “Billie Jean” has appeared in songs by Ice Cube, ODB, and Aaliyah, while Toto’s “Africa” has inspired tracks by Ja Rule, Wiz Khalifa, and Xhibit.

Now, not everyone looks favorably on this trend. Some fans decry these artists for their lack of creativity, for being so sample-minded, they’ve become simple-minded. Other 80s purists get really territorial about the whole sampling phenomenon and take on an indignant, “get-your-own-damn-music” kind of attitude.

Me? I don’t have a problem with newer artists sampling 80s music (that whole “ripping off” crack I made at the beginning notwithstanding). Actually, as someone who has never stopped appreciating 80s music, I feel almost validated by it.

Oh, I can absolutely understand the “uncreative” argument. (In fact, that’s my biggest problem with Kid Rock‘s lazy-ass “All Summer Long” mash-up from a few years ago.) But if an artist can take something old and manipulate it into something new and different and interesting… that DOES take creativity. For example, Bruce Hornsby and Michael McDonald may not have a ton of street cred, until they got hip-hop makeovers courtesy of Tupac (in “Changes“) and Warren G (in “Regulate“), respectively.

Not only that, but it’s not as if the 80s artists were immune to the sampling bug. Consider: Tone Loc lifted from Van Halen’s “Jamie’s Cryin’”; Public Enemy and D.J. Jazzy Jeff (along with that Fresh Prince guy) both sampled James Brown; M/A/R/R/S crammed bits from more than twenty-five songs into the original British version of “Pump Up the Volume”; and the Beastie Boys offered up a smorgasbord of samples in their 1989 album ‘Paul’s Boutique.’

Then there’s Robert Plant, who apparently liked sampling so much he actually sampled himself in “Tall Cool One.” And De La Soul, an 80s act that sampled another 80s act– Hall and Oates, and their 1981 classic “I Can’t Go For That (No Can Do)“– for their 1989 song “Say No Go.” Basically, if you’re going to hate on sampling in general, you can’t exclude our beloved 80s maestros from your condemnation.

Finally, what’s wrong with introducing a song to a new generation and showing these young whippersnappers just how totally tubular 80s music is? Let’s return to Fall Out Boy’s “Centuries” and its shout-out to Suzanne Vega’s “Tom’s Diner”– which wasn’t even a hit back in 1987. Then in the early 90s, the song got some new life when DNA gave it a dance beat. Then a few years after that, Vega’s original a capella version was instrumental in the development of the burgeoning MP3 format. (Vega, in fact, has been called “Mother of the MP3.”) And now, in 2014, “Tom’s Diner”– which was originally written in 1982, which was never even a hit single, which by all rights could have been a “forgotten gem of the 80s”– can find a whole new audience thanks to Fall Out Boy.

And that’s what is so gratifying, for me, about contemporary artists sampling 80s classics: through all these reinterpretations, 80s songs– for my money, the best music of all time– can be remembered. Maybe even for centuries.