The 80s Most Famous Feline – Garfield 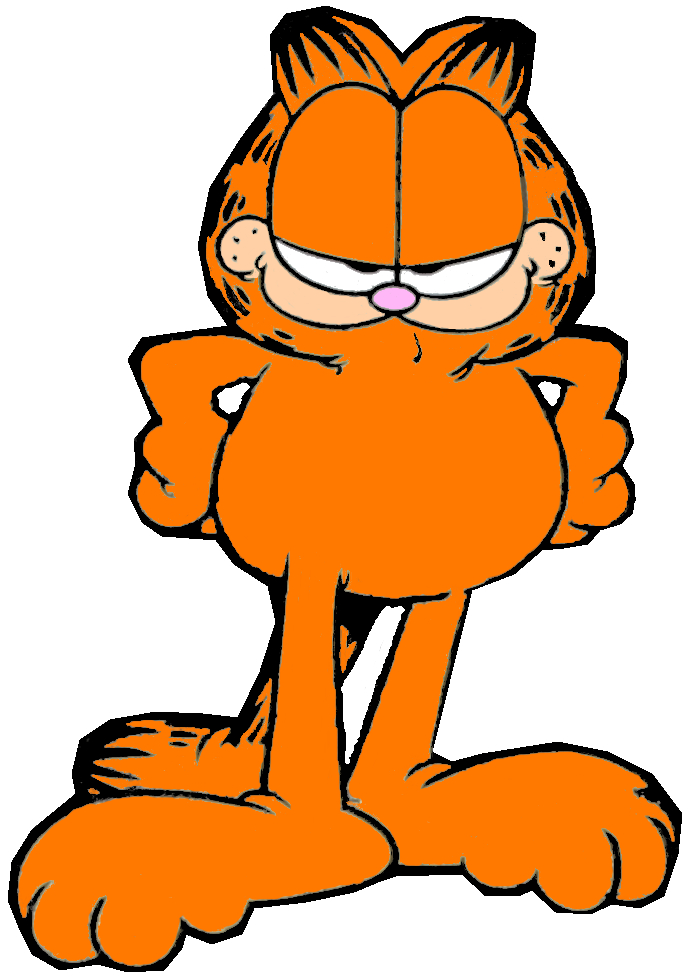 Garfield was so insanely popular in the 1980s that it was rare to attend a sleepover party where one or all attendees were not accompanied by the fat, orange, big eyed cat. Here I am on my sleeping bag ready to not sleep with my favorite, most beloved plush novelty: 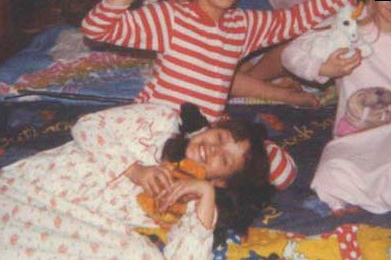 Garfield-mania set in the early 80s – a cartoon comic strip first published in 1978 by Jim Davis (can’t you just see the round dots over the i’s in his signature?) focused on Garfield the cat, his owner, Jon and his dog, Odie. 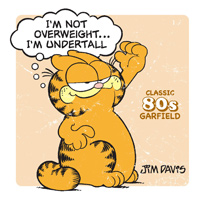 The comic strip is still insanely popular today and runs in over 2,000 newspapers, holding the Guinness World Record for the most widely syndicated comic strip. That is one popular cat!

Garfield loves lasagna, naps and his Teddy Bear Pooky. Garfield hates enthusiasm, getting on a scale, and Mondays. 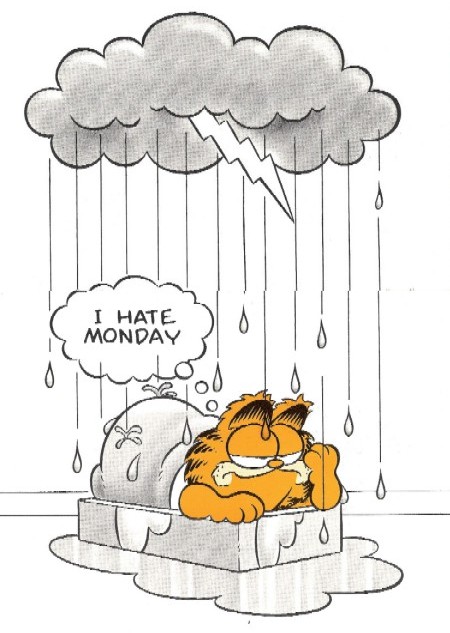 Within the Garfield family alongside the incredibly happy slobbering beagle, Odie, there’s also the incredibly cute Nermal, Dr. Wilson (who is Garfield’s vet as well as Jon’s constant crush), and Arlene, a pink cat with eyelashes. Because she’s a girl. 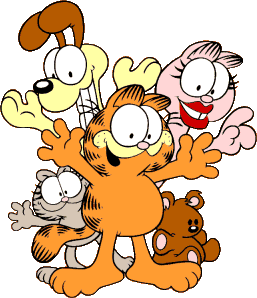 The Garfield comic strip led to several cartoons on TV, a 2004 movie which surprisingly featured the voice of Bill Murray as the title character, nightshirts, t-shirts, canvas totes, puffy stickers, books and these insanely popular accessories for your car: 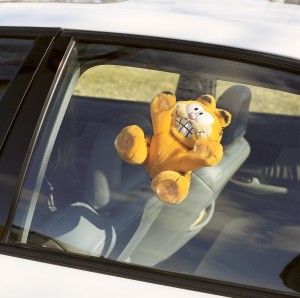 In fact, the inspiration for this post was sitting in traffic behind someone with a sun-faded, well-loved orange tabby stuck to their rear view window.

Garfield must have way more than nine lives as he shows no sign of going anywhere, my 1st and 4th graders both love watching the “Garfield and Friends” cartoon and reading the volumes and volumes of comic strip compilations that are out there.

So, you go, Garfield . . . with your snide remarks, love of food, and overall adorableness. I’m always happy at book time when my boys ask, “Can we read Garfield?”