Since my teen years in the 1980s, phones have changed immensely. They have gone from big, clunky, curly-corded devices to sleek, tiny, talking computers that you can take anywhere with you. Where you were once tied to the kitchen chatting endlessly with your B/F/F or nervously hanging up on that boy you had a crush on after he said hello, now you can blab away while in your car, walking down the street, grocery shopping, trying on clothes in a store, sitting on the bus or subway, or dining in a restaurant. It’s kind of annoying.

Let’s take a look back at a time before the smart phone – before the cordless phone even. Here are the standout telephones of the 80s:

Next to my bedroom, the kitchen was the most important room of my teenage years. It’s where meals were consumed, snacks were grabbed, and hours were spent talking on the telephone. I would stretch the long curly cord and the handset into the bathroom to ensure a little privacy. My dad was constantly yanking me out of there or picking up the handset upstairs telling me to GET OFF THE PHONE. I can still picture our marigold colored wall phone with the curly twisty cord, which was tangled and stretched out from consistent use and abuse. 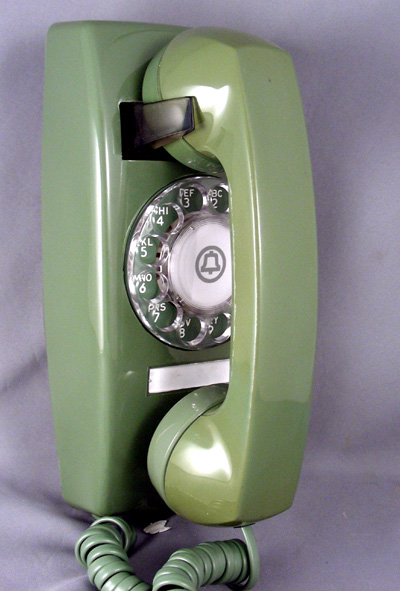 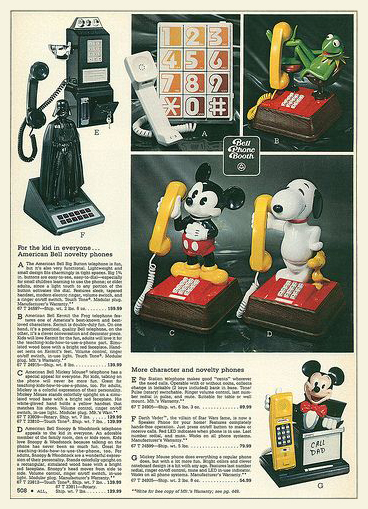 My B/F/F Susie had one of those hamburger phones, and I was soooo jealous of it. Besides the burger, there was also the red hot lips model, Mickey Mouse, the Hulk and the football phone (remember that guy – the free gift with a Sports Illustrated subscription).

Oh, and if you wanted to feel all girly and old-timey, there was the ultra-feminine Victorian phone. 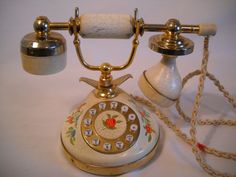 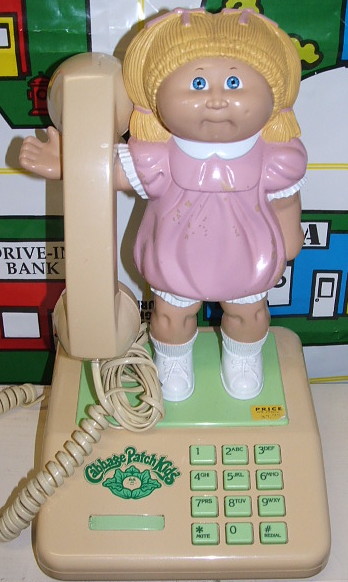 I don’t know about you, but I’m not sure if I’d want her staring at me as I made pathetic emergency breakthrough calls to my ex-boyfriend after getting a busy signal for the last two hours.

Thanks to reader, Shannon, for reminding us the ubiquitous and oh-so-fun Garfield phone by Tyco.  You remember this guy; his eyes opened when you picked up the phone and shut when you hung it up.  You can still find these 80s gems on ebay for around $25.00 (most still in working condition!). 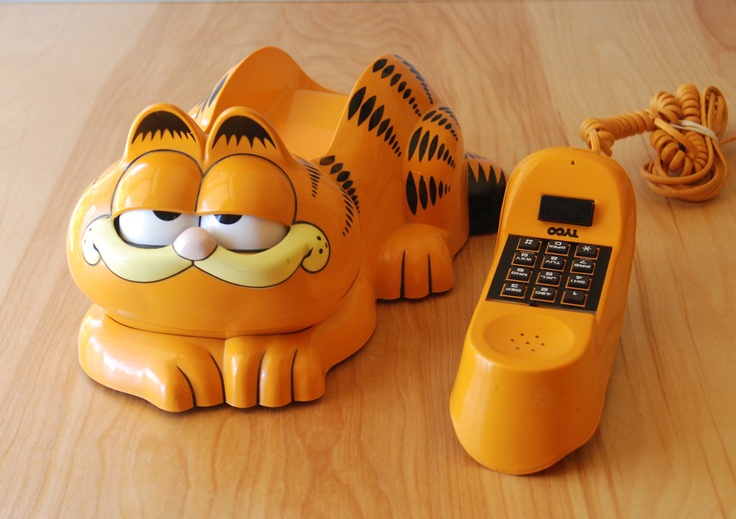 These new-fangled phones were so hi-tech! You could press buttons rather than use a dial! And they came in fashionable colors like clear (where you could see all the cool inner-workings of the phone) black, and pink! 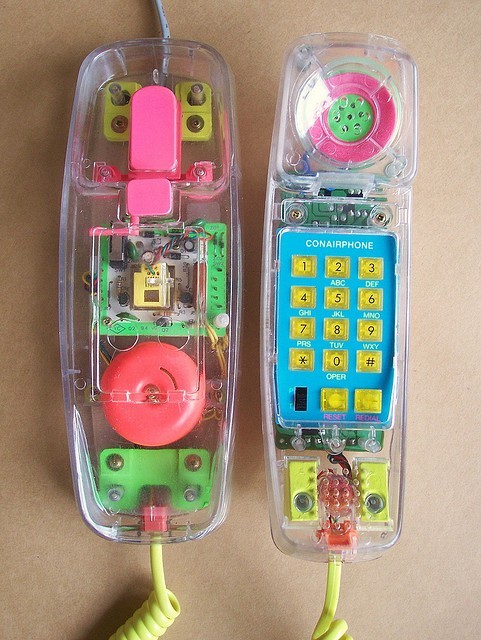 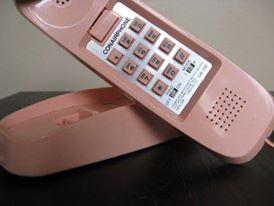 I had this pink beauty – just seeing a picture of it brings me back to my very pink bedroom that I had to go along with the pink phone. I bet if you counted the hours I spent on that Conair phone it would add up to well over half my life.

Nowhere close to how we talk on the phone in the car today, these 80s car phones kept things totally awesome by bringing the kitchen wall phone into the driver’s seat of your luxurious automobile.

This was the old school mobile phone for your automobile. But you better finish up that conversation in the car, because that is where this phone was staying. 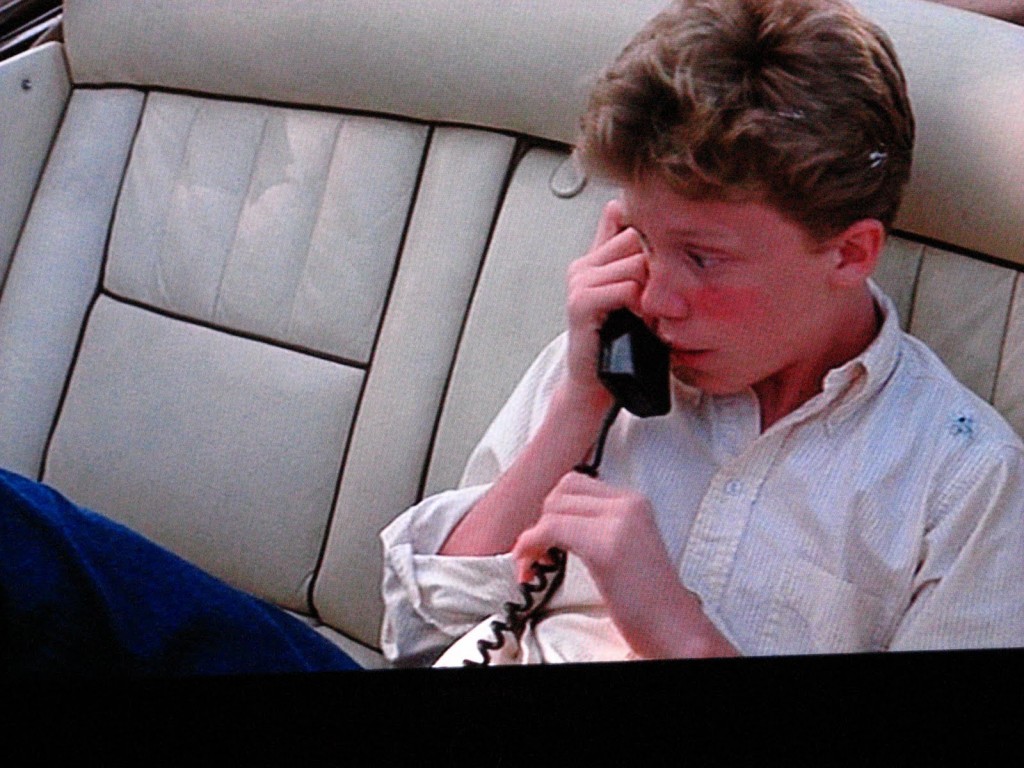 It baffles my children that as a teenager Mommy did not have a cell phone. And that is a very good thing. Because I would have gotten in waaay more trouble if they existed back when I was a kid. I’m also grateful for those memories of lying on my bed, or being locked in the bathroom off the kitchen, twirling that curly cord between my fingers.