There were so many 80s beverages that made an impression on my young life – think about how many metal cans of Hi-C’s neon green Ecto Cooler you put in your body. Or the novelty Crystal Pepsi (IT’S CLEAR!) and the betrayal that was New Coke.

But there was one fizzy 80s drink that kind of defined the 80s. It was not your average soda. It was cool, refreshing, and came in a little glass bottle.  And, I was so excited to hear that it is back.  And, not only is it back, but  the Original New York Seltzer is back in its original form – same formula, flavors and cool glass bottle with the metal cap and the styrofoam label that you can peel off and wear like a cuff bracelet.  This bubbly concoction featured six delicious retro flavors — Root Beer, Vanilla Cream, Raspberry, Peach, Lemon & Lime, and my personal favorite, Black Cherry.

Which was your favorite? 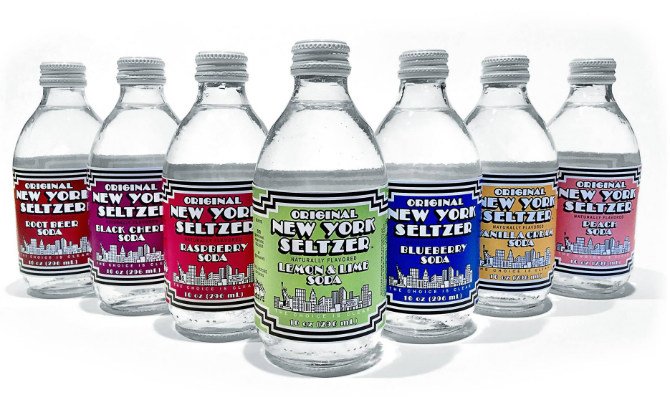 These original sodas originally made their way onto the market back in 1981 and stuck around until around 1990. Father and son Alan and Randy Miller wanted to produce a more “natural” non-caffeinated alternative to the Jolt Cola and Mello Yello thirsty consumers and the sodas took off big time.

So imagine my excitement when I went to the grocery store and saw a giant end cap display overflowing with the flavors of my teenage years – I let out a little yelp as I loaded up my cart with some Black Cherry fizzy goodness!

That short hefty bottle felt the same, that New York skyline, the art deco lettering, the rush of bubbles to the top, that first sip, aaahhhh . . .

It’s back! Thank goodness it’s back!

For years people online have been questioning why their beloved sodas had disappeared and sharing their memories and photos of their favorite flavors – thank goodness someone in New York, or wherever they’re bottling the stuff today, must have noticed.

I’m not sure just how long I’ll be seeing these beauties at my local Win-Co. So I’m stocking up big time. Because what if something happens and they take it away again for another 25 years?

This is not a risk I’m willing to take.

I will be prepared this time, with enough Original New York Seltzer Black Cherry soda to last me a good, long time.

And I will be armed with enough Styrofoam label Wonder Woman style cuff bracelets to take me through the next 25 years. 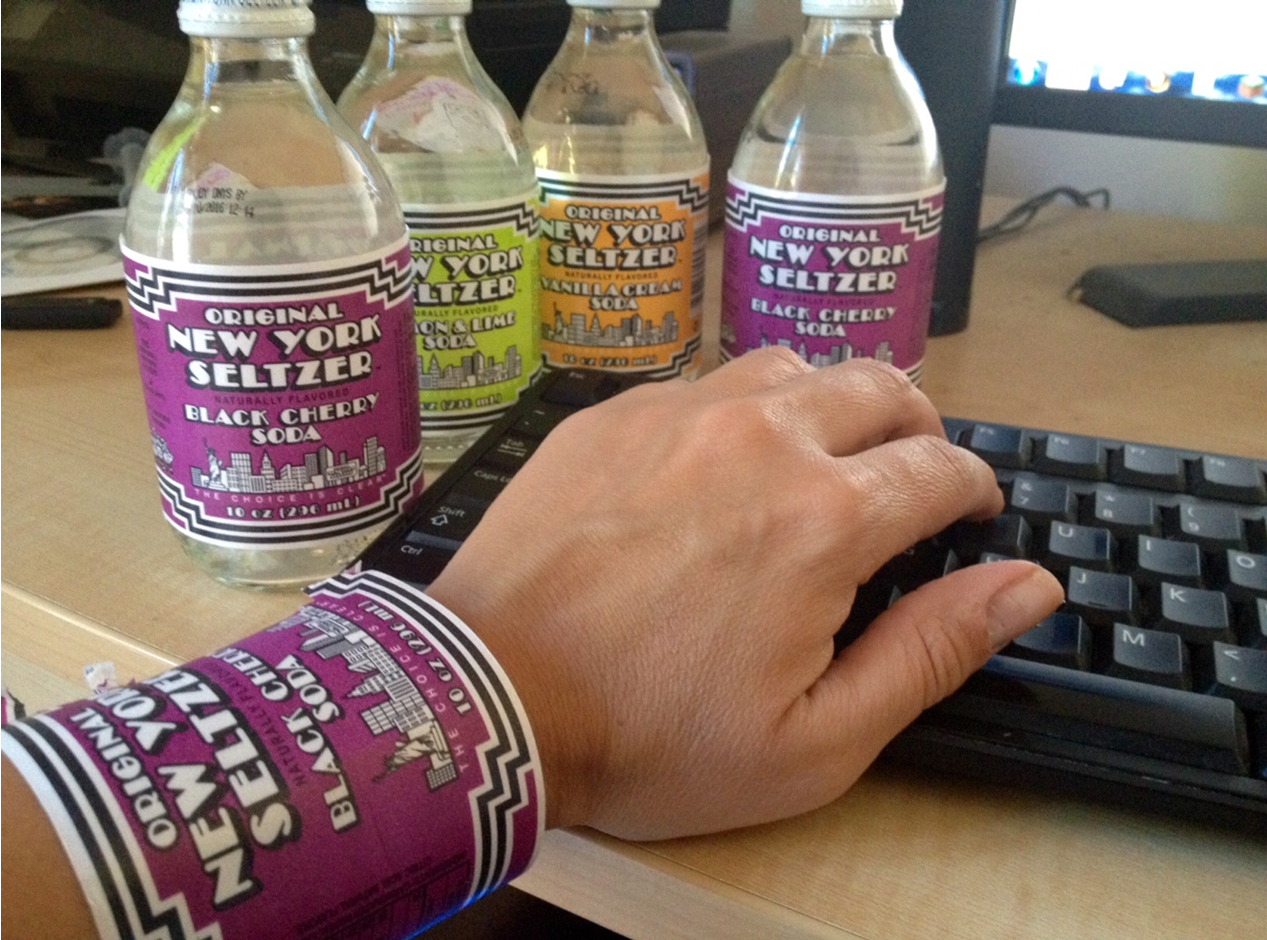