This morning after I dropped of my kids at school I pulled into the grocery store parking lot as the opening of this began to play.

And I sat in my car and listened to the song all the way through. And I cried a lot harder than I would have thought I would.

Facebook is more like “Bowiebook” today, which is lovely and also makes my heart hurt. It’s amazing to see just how many people, from childhood friends to coworkers were struck, inspired and felt the need to share a video, song lyrics, or some sort of tribute to David Bowie today. His passing has saddened and shocked fans from around the world.

Like many children of the 1980s I was introduced to David Bowie’s music through his music videos on MTV. For other artists at the time this may have not have been the best way to first hear a song. But it was just the opposite for someone as insanely talented and creative as David Bowie. Because to hear these songs and see the magic that was David Bowie, I think I became more of a fan than I ever would have by just putting that needle down on the record.

Here are a few of my favorites.

This was the one – the song that got me hooked. I would wait for this video to come on, I’d wait to hear those creepy opening notes so I could run in and watch him dressed as a Pierrot, all in white, walking in front of a bulldozer, bowing down and touching the ground with one hand, in a padded room, and deep in conversation on the beach with an old lady. I was pulled in by “Ashes to Ashes,” and it’s still one of my favorite songs – not just by David Bowie, but by anyone. Ever.

Also off of Scary Monsters and also one I’d run in the room to see, “Fashion” fascinated and hypnotized me. Shot in a nightclub and interspersed with shots of people wearing elaborate hats and masks, a group of dancers in a rehearsal room doing a dance where they put their hands out like a bunny and jumped up and down (can you spot MTV VJ Alan Hunter?). With lyrics like, “we are the goon squad and we’re coming to town – BEEP BEEP,” you didn’t just listen, you felt it. And, there’s that move again from “Ashes to Ashes” where everyone’s reaching down to the ground again. He is at his most David Bowie in this song, hands on hips, all angular and interesting, with that sexy bass line playing behind him. A great song and a great video, it captured the 80s perfectly while remaining timeless today.

Oh man, this song. This whole album. This video. So good.

I was jazzin’ for “Blue Jean.” I loved this video because it had not one but two David Bowie’s – the one at the table with the pretty girl and the glam rock God on the stage. He was so handsome and beautiful at the same time. This song had it all: the saxophone, the catwalk, the scarves, the repetitive “ooooooooooh somebody send me” part over and over again, and the snapping at the end.

Thank you, David Bowie. For your music. For your vision. For your videos. For “Ziggy Stardust,” “Space Oddity,” “Diamond Dogs,” “Rebel Rebel,” and that “Little Drummer Boy” thing you did with Bing Crosby. And thank you for showing the world how fantastic and interesting and beautiful being different and being yourself can be. For all of it. Thank you. 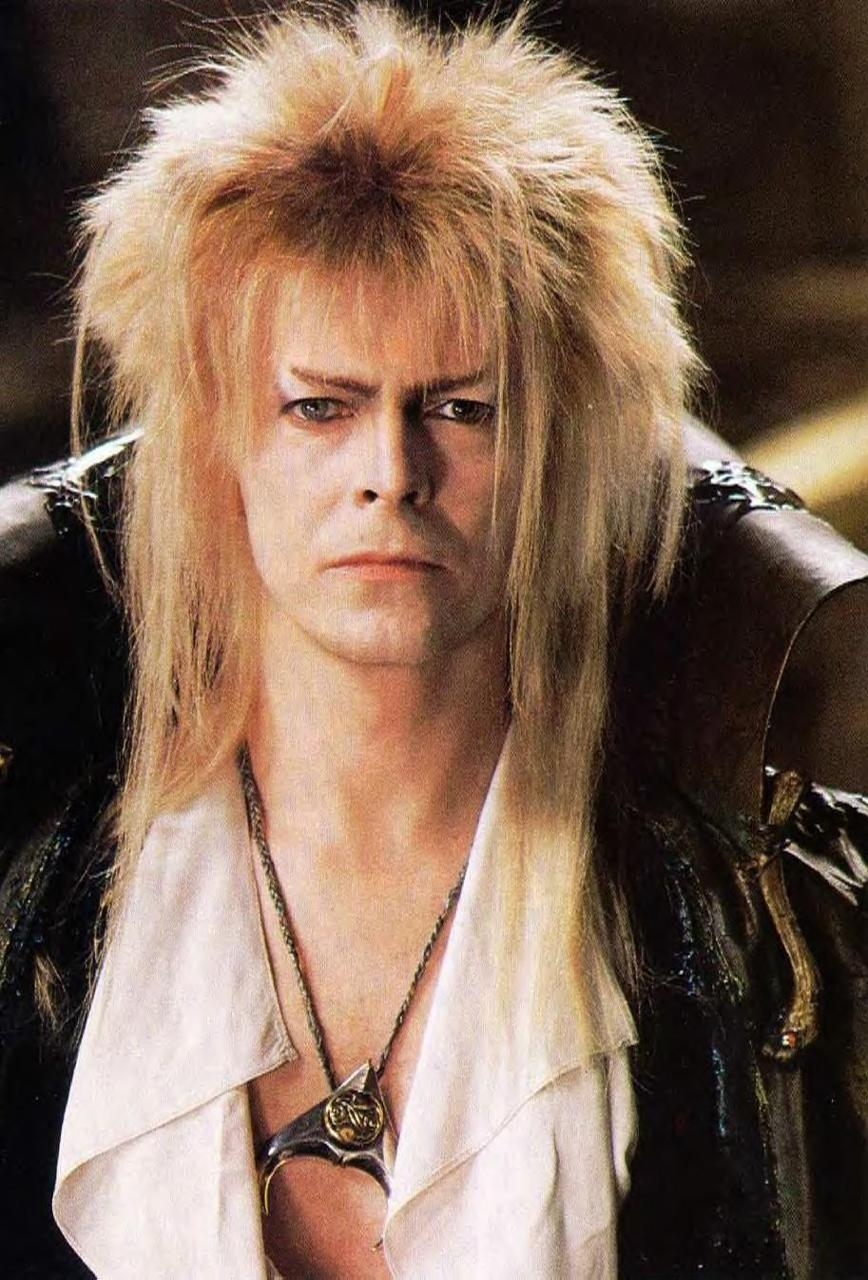