As former lead guitarist of the world’s first all-female rock group, The Runaways, Lita Ford has a lot to offer by way of insight into the rock-and-roll scene of both the 70s and 80s.

Ford is now touring to promote her recently released and long-anticipated memoir, ‘Living Like a Runaway,’ where Ford describes living life as one of the first female faces in hard-rock, including her relationships with her equally famous bandmates, the famous male rockers she entertained, and the difficult management that threatened to hold her back. 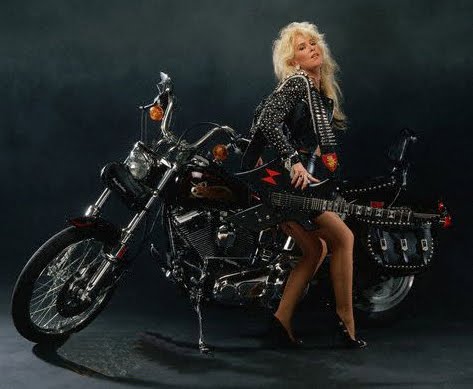 Many publications are calling Ford’s story the first story of women in rock.
“No female rock star of Lita’s stature has ever before told the real story of women in rock. With unprecedented rawness and honesty, ‘Living Like A Runaway‘ reminds us that Lita Ford is not only one of music’s greatest pioneers, but also one of its fiercest survivors,” says Blabbermouth.net
In her memoir, she discusses her cordialness with bandmate Joan Jett but her problems with Jett’s management. She discusses some of her former trysts with male rock legends like Jon Bon Jovi, Richie Sambora and Eddie Van Halen, and what it was like working with rock legends like Ozzy Osbourne, who she performed a top-ten duet with.
She talks about how she took 15 years off from the music business to raise two children and how she’s coming back with a new album and new tour in the near future, just as Joan Jett sets off to do a new tour as well.
Ford will begin her musical tour March 5, and until then she will be touring the country to promote her book. If you live in New York, New Jersey, Illinois, Texas, California, Arizona or Colorado- Ford will be promoting her book at a location near you soon.