What 1980s Remakes Are Coming To Theaters and TVs?

Home » What 1980s Remakes Are Coming To Theaters and TVs?

In Hollywood, everything old is new again.

That may not apply to Pamela Anderson, though some parts of her are newer than others, but it does apply to her star-making vehicle Baywatch. Though most think of the show as a 1990s phenomenon it actually debuted in 1989 on network television where it met a quick death.

It was only after star David Hasselhoff brought the series into syndication that it became the global phenomenon that changed how slow motion shots of women running in bathing suits on a beach were use on television. Call the series a child of the 1980s which grew up in the 1990s and one of the many 80s shows and movies being revived.

Whether it’s a television show or a movie, a number of beloved properties with roots in the 80s are currently being remade. Of course, the history of remakes – think Point Break, Ironside, Arthur, Conan the Barbarian, Total Recall – has generally been abysmal, but that does not stop Hollywood from trying.

So, while it may be hard to get your hopes up that any of these will improve or even reflect well on the original, here’s a look at some 80s favorites making their way back to either the big or small screen. 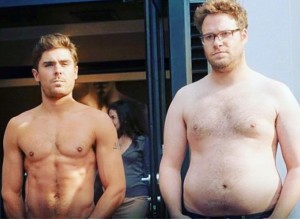 While the original had Anderson surgically-enhanced bounced bouncing breasts, the new film version of the show about lifeguards will star the famous chest of an entirely different kind of star. Dwayne “The Rock” Johnson will bring his dancing pectorals to, we assume, the Hasselhoff role while Alexandra Anna Daddario will try to fill the trademark orange bathing suit and Zac Effron will almost certainly not wear a shirt.

Another just-under-the-wire 1980s project, Road House came out in 1989 when Patrick Swayze was at the height of his powers. The film – which airs on cable nearly constantly – cast the actor as a badass bouncer and Sam Elliot as his Yoda-like mentor. None of it made much sense but that hardly mattered given that there was plenty of ass kicking. 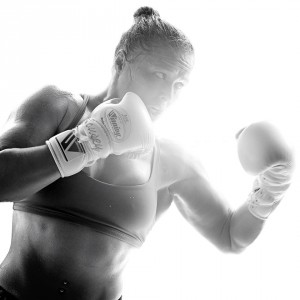 The new film, which might be the most promising entry on this list, stars mixed martial arts star Ronda Rousey in the Swayze role. Unlike most remakes which pull a gender or ethnicity switch for no real reason (we’re looking at your Jaden Smitth-starring Karate Kid) this casting actually makes sense. Rousey is an actual badass whereas Swayze was just playing one and she might be able to pull this part off even if the well-known bar-bouncer-for-hire plotline still makes limited sense.

Not exactly a remake call the new Pee-wee Herman movie a rebirth for the Paul Reubens character which first became known in the 1980s. The new film, as you might have guessed, is a Christmas movie for Netflix designed to punch all the nostalgia buttons. Expect all of the bow-tie-wearing character’s famous catch phrases, but in a holiday setting now played in all his childlike innocence by the 63-year-old Reubens. 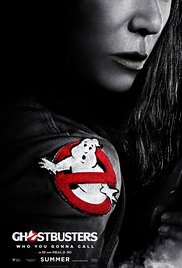 In most cases the “and now the cast is all girls,” premise being used to remake 1984’s Ghostbusters would set off some major warning bells. In this case, however, the people involved are simply too talented to ignore. Directed by Paul Feig and written in part by original scribe Dan Aykroyd, the new take on ‘Busters stars Kristen Wiig, Melissa McCarthy and Leslie Jones and Kate McKinnon of Saturday Night Live fame. Aykroyd is also expected to show up and Bill Murray is listed in the credits, though his role is not expected to be his classic character.

This is very good news for Ray Parker Jr. and maybe for the rest of us.

In 1982 this delightfully bizarre look at teenage life introduced the world to Sarah Jessica Parker (who went on to marry 80s icon Matthew Broderick). The show only lasted one season but it was a memorable season full of braces, big hair, and high school cliques. The remake plans for this series are only in the rumor stage, but the premise – smart outcasts find similar friends in high school – is fertile ground that’s always ripe to be explored.

Like nearly all films based on Stephen King books 1989’s Pet Sematary was not nearly as good as the source material. The story, however, about a pet cemetery that brings deceased pets and people back to life (sort of) could make for a good film. A new film based on the book is currently in the early stages of production and this is a case where the remake does not have to live up to a strong original.

An American Werewolf in London 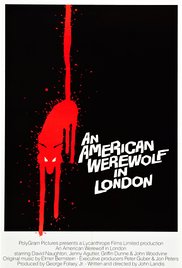 Somewhere between a classic and ridiculous the original is just a teenage take on the classic werewolf story. It had howling, biting, full moons, and the classic Warren Zevon song. A remake has long been rumored and the campy original could work as an actually scary movie or even an over-the-top even campier remake. This project is also just on the drawing board, but it should appear in the next few years.