The timeless era of the 80s was home to some pretty classic horror films that even in present day would scare your pants off. We decided to take two of the most iconic horror films of the 80s and pin them against one another. This time around we have The Shining and Poltergeist, two classic films that contain spine-chilling suspense and enough horror to give you nightmares year-round.

Here’s Johnny! That’s one of the catchphrases from the 1980 thriller based on one of Stephen King’s terrifying novels. The great Stanley Kubrick was tasked with the job of bringing the novel to life and what came out of it was a fear inducing whirlwind that took viewers for a ride.

Jack Nicholson played Jack Torrance, a father who brought his family to a creepy, isolated hotel in the middle of the winter. Things start to go wrong when a supernatural presence engulfs Jack and he begins to attack his family. His son, Danny Torrance played by Danny Lloyd also begins to see some pretty messed up images from the past and the future. There’s also those two creepy twins and a hallway full of blood to drive you crazy.

Who could forget little Carol Anne and her run in with that horrible clown doll and the people from the TV? Poltergeist was one of those films that totally stepped away from the slasher type film and into a more supernatural world thanks to the screenplay from Steven Spielberg. It explored what it was like to live in a home that was haunted by ghosts who used the white noise to communicate with Carol Anne, played by Heather O’Rourke. 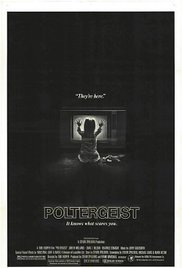 Thankfully the family was able to get ton of help from Tangina, the psychic medium played by Zelda Rubenstein, who passed away in 2010. There is also a curse surrounding the film after Dominique Dunne, the actress that played Carol Anne’s older sister Dana was killed by her boyfriend, followed by O’Rourke’s tragic death at the age of 12 from intestinal stenosis.

The film was recently remade in 2015 but didn’t quite impressed critics with it’s even darker approach and even more terrifying depictions of the haunting images from the film.

We want to know who has your vote for the scarier horror film from the 80s. You can vote for your choice in the poll below.