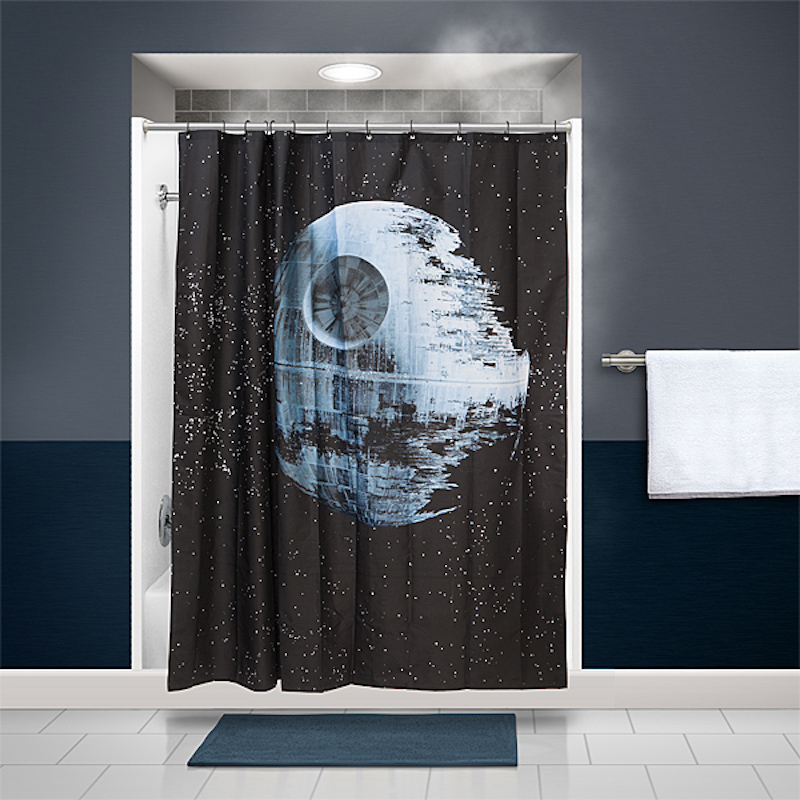 The Death Star was one of the most powerful weapons and mobile spaceships in the Star Wars series. It held great power and the ability to annex an complete planet. The Star Wars franchise spanned a number of generations with two of its seven episodes released in the 80s now fans get a chance to have a piece of one of the films greatest pieces.

“Because the world can’t end until there’s Star Wars everything (it’s in the Bible), this is the $20 Death Star shower curtain available from ThinkGeek,” according to Geekologie.