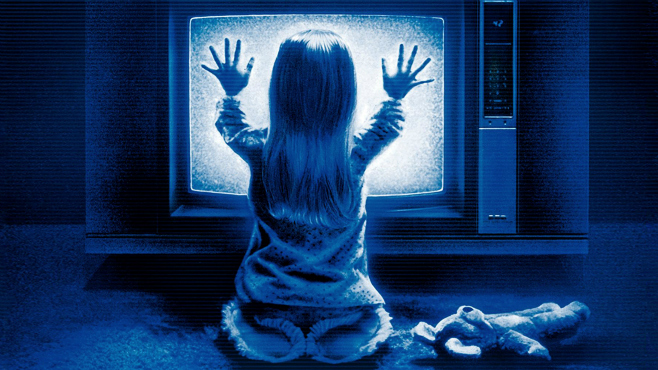 Movies in the 80s graced us with some totally righteous and memorable quotes. Many thanks to Like Totally 80s for your most bitchin’ suggestions on Facebook! They were totally helpful as I compiled the following list.

So, how to judge if a movie quote is awesome? If you can remember exactly how the character sounded as he spoke the words AND if you can’t stop yourself from trying to impersonate him, then that quote’s a winner in my book.

So let’s kick things off with some Star Wars Episode V and your best heavy-breathing Darth Vader voice . . .

You can’t blame Luke (Mark Hamill) for being reluctant to face the awful truth. The galaxy’s biggest proponent of the dark side (James Earl Jones) is really his father? NOOOOOO!!!!

Sweet little Carol Anne Freeling (Heather O’Rourke) was the first in her family to sense the deranged poltergeist lurking about. Her innocently creepy observation is one we 80s kids will never forget:

“Sometimes you gotta say, ‘What the f*ck.’” – Joel Goodson

High school senior Joel adopts this line from his friend Miles (Curtis Armstrong, better known as Booger from “Revenge of the Nerds”). It’s an idea that he first questions, but then embraces with gusto. Here’s Joel (Tom Cruise) during his Princeton entrance interview, when he’s given the perfect opportunity to rattle off his new motto:

Daniel-san (Ralph Macchio) ended up a karate hero, of course, but his very first lesson from Mr. Miyagi (Pat Norita) involved washing and waxing his car: 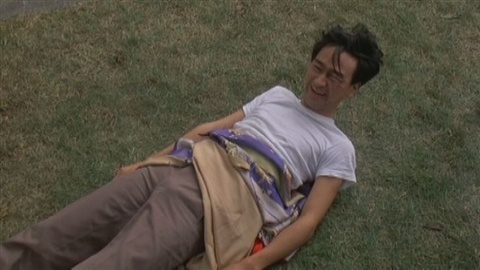 The Terminator (Arnold Schwarzenegger) is determined to pay a visit to Sarah Connor (Linda Hamilton) in the police station. He’s denied entrance, but comes up with his own way in:

“If my calculations are correct, when this baby hits eighty-eight miles an hour, you’re going to see some serious shit.” – Doc Brown

Pee-wee (Paul Rubens) gives it right back to spoiled brat Frances when the rich kid tries to put dibs on Pee-wee’s beloved bike:

While on a journey to find Ray Brower’s dead body, friends ponder the meaning of life. In addition to deep thoughts like “What is friendship?” and “What will our lives hold?” the boys wonder just what in the world Goofy is. Gordie (Will Wheaton) poses the question that baffles them all:

“Life moves pretty fast. You don’t stop and look around once in a while, you could miss it.” – Ferris Bueller

Ferris (Matthew Broderick) was everybody’s favorite school-skipping smarty-pants philosopher in this John Hughes film. He delivers his signature line twice, once at the beginning of the movie and once at the end, just to make sure it hits home:

Sam (Corey Haim) offs one of the vampires who’s after his half-vamp (and totally hot) brother Michael (Jason Patric).

“Four score and seven minutes ago, we, your forefathers were brought forth upon a most excellent adventure, conceived by our new friends, Bill and Ted. These two great gentlemen are dedicated to a proposition which was true in my time, just as it’s true today. Be excellent to each other, and party on dudes!” – Abraham Lincoln

When pressed for his career goals by his girlfriend’s dad, Lloyd Dobler (John Cusack) is clear on what he DOESN’T want to do. Looks like it’s down to kick-boxing for Lloyd: