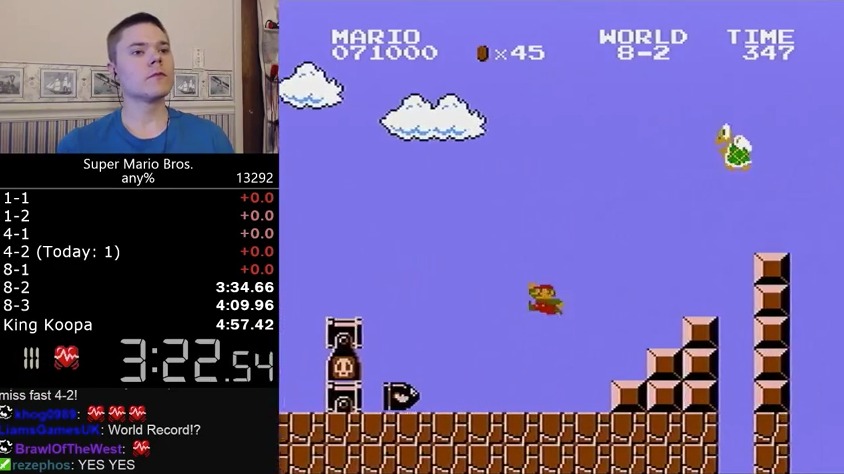 30 years later and it’s still incredibly exciting to watch someone speed through a couple of stages in Super Mario Bros. However, this time it’s not just any normal game. A YouTuber and his channel darbian, is home to a video of him setting a new “speedrun” world record.

In the video the player provides commentary as he runs through the different worlds in the Super Mario Bros. universe. There is also a stream of commentary in which those watching the video are anxious to see if he will actually break the world record.

“I have reached my potential in this category – I’m done! My quest is over,” read the caption of the video.

The record is 4:57.260 and the excitement was clear all the way up until completion of the goal. What’s pretty awesome about it is the fact that it was done on the original system. Kudos to this guy.