Remember those action figures called Infaceables? Those mystic warriors were some of the most popular action figures to come from the Galoob company and we decided to pay a brief little homage to them, as well as give you that little feeling of nostalgia. 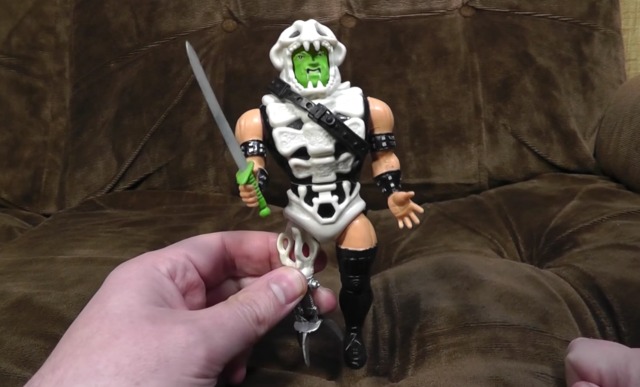 “The Infaceables: Mystic Warriors of Change was a 1984 toyline by Galoob in which plain-face characters grew more animalistic through the use of vacuum suction,” according to OrangeSlime.

“Figures have faces which change from man to beast.”

Sample Bio (OrangeSlime): “Sphinx is an ancient champion, summoned from the Great Pyramid to join Iron Lion and the forces of goodness. In early times, he was renowned as an athlete of great skill and speed. Then he discovered the secret texts which brought him the power of the snake—the power to change his face to that of a cobra and to strike with lighting speed and terrible poison.”

Did you own any Infaceables? If so, what were some of your favorites? Let us know in the comments section below.

Watch A Little Infaceables History Below