Candy of the ’80s: What happened to Chewels?

Home » Candy of the ’80s: What happened to Chewels? 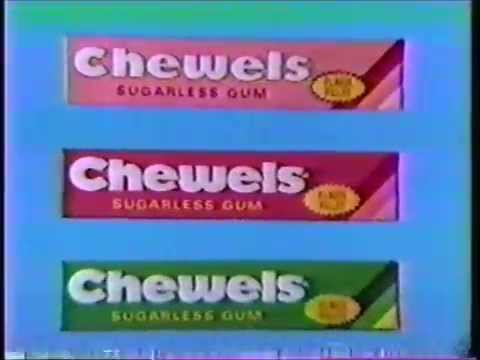 1.) Chewels actually debuted in the 1970s—1977, to be exact—as a sugar-free response to the original gum with a liquid gel, Freshen-Up. To give it the sweet taste, Chewels included the controversial ingredient saccharin, which largely disappeared from products shortly thereafter.

3.) Chewels employed savvy marketing to appeal to the youngest gum-chewers. Ads for Chewels ran on the radio during American Top 40, and this commercial was one of the first to air on MTV in 1981:

Then there was this commercial, which starred pre-Karate Kid, pre-Adventures In Babysitting, pre-Cocktail Elisabeth Shue: