Fads of the ‘80s: Jelly bracelets

A search of Google can reveal the answer to anything. Except, apparently, how many jelly bracelets were sold in the 1980s. Our recent investigation was fruitless, quite possibly because infinity is a number that cannot be measured. 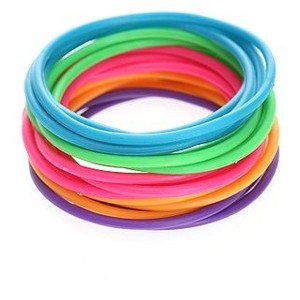 While we’re still trying to narrow down the number of jelly bracelets purchased in the 1980s, we were able to confirm one fact with a minimal amount of Internet sleuthing: Jelly bracelets, like myriad other ‘80s fads, were inspired by Madonna, who wore sleeves full of bracelets as she began taking over the world in the middle of the decade. 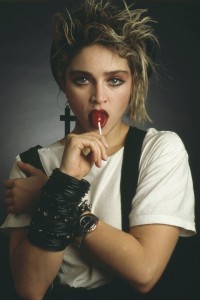 As far as fads go, jelly bracelets were certainly easier on the wallet than Cabbage Patch Kids, baseball cards or sneakers.

They were also far more universal, meaning a trip to the toy store, drug store or penny candy store usually yielded another armful of bracelets at a minimal cost.

And if you’re looking to recapture your youth by picking up some jelly bracelets, it won’t cost you much to do so. Party City offers a 12-pack of bracelets for a mere $4.

Apparently not everything is more expensive now than it was 30 years ago. Were you a jelly bracelet fanatic? Let us know in the comments section.