Netflix Adds The Entire Back to the Future Series

Home » Netflix Adds The Entire Back to the Future Series 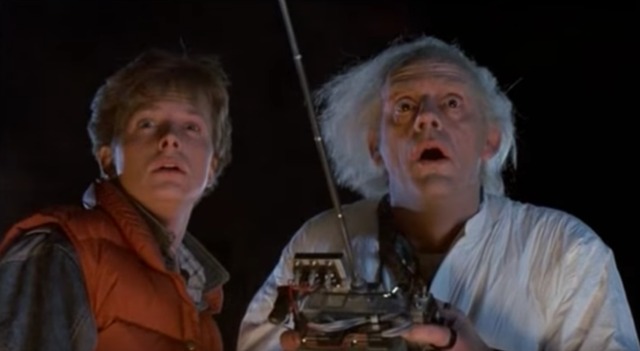 “A young man is accidentally sent thirty years into the past in a time-traveling DeLorean invented by his friend, Dr. Emmett Brown, and must make sure his high-school-age parents unite in order to save his own existence,” that is the plot of the film according to IMDB.

We all know how awesome Back to the Future was, especially with Michael J. Fox playing Marty McFly, a character we all wanted to be and some of us still do! Together he and Dr. Emmett Brown traveled through time and got caught up in some pretty thrilling adventures.

Back to the Future also prompted Nike to create a real life version of the self-lacing Nike Air Mag sneakers that McFly sported in the film. The sneaker was created to celebrate the iconic film that we are still loving to this day.

If you want to relive some memories from Back to the Future, you can head over to Netflix. For a more immediate reminder of how awesome the film was, you can check out the famous DeLorean scene in the video below.

Back to the Future 1985 DeLorean Scene