Prepare for The End with these Motley Crue videos

Home » Prepare for The End with these Motley Crue videos

Legendary Sunset Strip band Motley Crue retired last Dec. 31, when the infamous foursome completed a two-year farewell tour with a show in Los Angeles. Of course, many artists have put together a “farewell tour” and performed a “last concert,” only to come back a year or two or five years later. 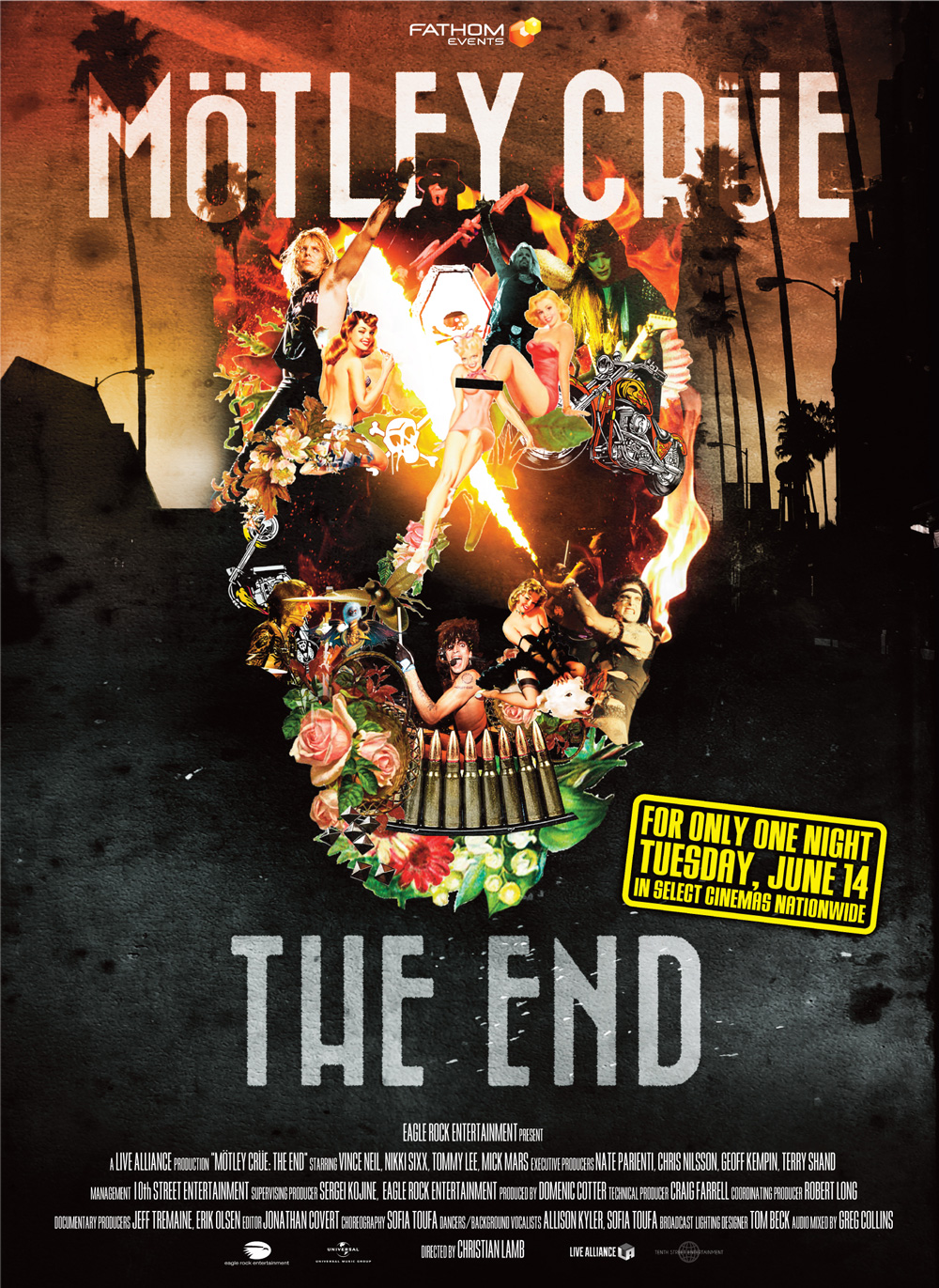 But few bands have gone to such lengths to prevent a comeback as Motley Crue, which signed a “cessation of touring agreement” prior to the farewell tour that legally prohibits the quartet from hitting the road ever again. We think.

Anyway, that last concert from New Year’s Eve is documented in “Motley Crue: The End,” a movie receiving a one-night-only viewing in about 250 theaters tonight. Click here to find out if the movie is playing near you, and get ready for the film by checking out our picks for the five biggest Motley Crue videos.

1.) “Home Sweet Home.” What else? The standard by which all power ballads were measured. After “Home Sweet Home,” every hair metal band had to include a power ballad or two on every record, but none ever held a lighter to this anthem, whose party-life-on-the-road video topped “Dial MTV” for so long that the network had to retire it. The irony: The song wasn’t even officially released as a single, though a remixed version hit the top 40 in 1991.

2.) “Too Young To Fall In Love.” It was hard to believe the same guys that did “Home Sweet Home” did “Too Young To Fall In Love,” which was released two years earlier and became one of the most nihilistic and sinister videos to ever get regular rotation on MTV. The bad boy act was not an act. Even 30-plus years later the slithering guitar work of Mick Mars sounded even more dangerous live, as you’ll see during “The End.”

3.) “Dr. Feelgood.” The band cleaned up their hard-partying ways (at least temporarily) after bassist Nikki Sixx nearly died of a heroin overdose in 1987. (more on that shortly). The result was the “Dr. Feelgood” album and superstardom: The record, not as gritty as “Shout at the Devil” but not as pop-ish as the singles from “Theatre of Pain,” shot to no. 1 and the title track, about a drug dealer in the big city, became the Crue’s first top 10 single.

4.) “Kickstart My Heart.” Motley Crue forayed into self-referential songs and videos a mere eight years into existence, but we suppose that’s OK when your lead songwriter pens a tune about surviving a near-death experience. The second single from “Dr. Feelgood” opened the show during the band’s 1989-1990 tour, hit the top 40 and remains a staple of classic rock radio as well as at sporting events, where we assume team owners and younger fans have no idea what the song is really about.

5.) “Primal Scream.” We’re cheating a bit here by including a song from 1991. But “Primal Scream,” off the greatest hits compilation “A Decade of Decadence,” was the Crue’s final hit song before lead singer Vince Neil left the band for six years—and really, their final big hit period. “Primal Scream” also evoked an earlier, heavier and grimier sound and remained a concert favorite until The End.