If you went to the movies 34 years ago this week, your hard-earned babysitting money or allowance very likely helped contribute to a mammoth weekend that included the debut of the decade’s biggest blockbuster, an iconic horror movie and two iconic sequels. Oh and a third sequel that history doesn’t view nearly as kindly. Without further ado: 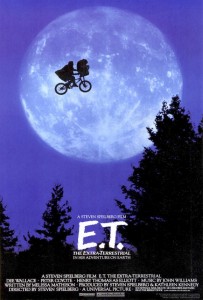 1.) E.T.: The Extra-Terrestrial: Steven Spielberg’s magical masterpiece about an alien, a boy, the government and friendships that spanned species grossed a little more than $21.8 million in its opening weekend. It would gross a record-shattering $359 million as moviegoers went to the theatre, time and again, for a film whose alternately uplifting and sad ending made kids of every age cry. The movie remained atop the all-time box office charts until “Titanic” knocked it off in 1997. This century’s spate of super blockbusters has knocked “E.T.” down to 31st on the all-time list, though it ranks fourth all-time when adjusted for inflation.

2.) Star Trek II: The Wrath of Khan. It was a good weekend for teary-eyed endings. The second Star Trek film, which ended with the stunning death of Spock (spoiler alert: he was reborn in “Star Trek III: The Search for Spock”), was knocked off the top perch by “E.T.” but still grossed a little more than $14.2 million on its way to a final total of just under $79 million, which was good for sixth overall in 1982.

3.) Rocky III: The metamorphosis of Sylvester Stallone’s Rocky from underdog everyman into a full-blown caricature (and eventually back again) kicked into high gear in the series’ third film during which Rocky avenges a loss to Clubber Lang, and the death of his trainer Mickey, by hugging Apollo Creed in the ocean and listening to “Eye of the Tiger.” Or something like that. “Rocky III” grossed a little more than $13.1 million on its way to a final take of a little more than $124.1 million and a fourth-place finish in the yearly box office.

4.) Poltergeist: What happens when a family unknowingly occupies a house built upon an Indian burial ground? Your little girl gets sucked through the TV and then stuff really goes awry. “Poltergeist” made a little more than $9.1 million in its second week and finished with a gross—pun fully intended here—of just over $76.6 million, the eighth-best total of the year. Many of those millions were contributed by pre-teens who thought they were tough enough to withstand the movie because it was rated PG—inexplicably, as it turned out. We weren’t. Three words: Face peel scene.

5.) Grease 2: Hey, four out of five ain’t bad. The sequel to the 1978 classic had neither John Travolta nor Olivia Newton-John. Newcomers such as Maxwell Caulfield, Adrian Zmed and Michelle Pfeiffer produced a game effort, but the magic of the first one just wasn’t there. “Grease 2” grossed a little under $6.8 million in its debut weekend and finished with just over $15.1 million—a mere $114 million less than the original. But hey, we’ll always have “We’re Gonna Score Tonight,” which is about bowling. Wink wink.