Now, we know what you’re thinking, It was released in 1990. You’re absolutely right. However, the terror began in 1986 when the Stephen King novel was first published. Now, there is a reboot of the film coming and it’s shaping up to be pretty terrifying. 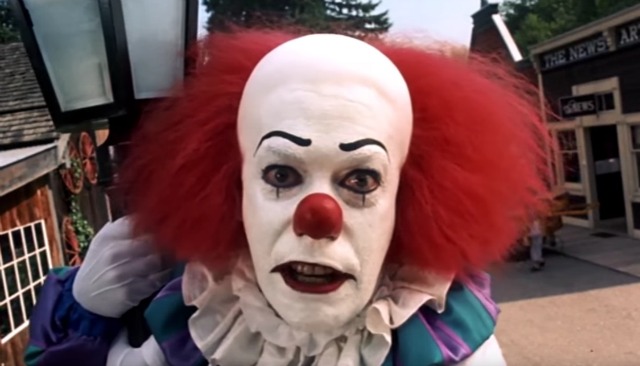 “It’s such an extreme character. Inhumane,” said Bill Skarsgård, the actor who will be playing Pennywise, the terrifying clown who gave kids everywhere nightmares for days, according to EW.

“It’s beyond even a sociopath, because he’s not even human. He’s not even a clown. I’m playing just one of the beings It creates.”

Skarsgård is a young actor who knows a thing or two about creepy characters as he also appeared in the Netflix original series Hemlock Grove. The upcoming It film will be a reboot of the original story which was brought to life in the 1986 Stephen King novel about a group of kids battling an evil and sinister clown.

“A sequel, in which they come home again to battle It a second time as adults, is planned if this first installment is a success,” according to the report.

Not only did the report provide some new insight into what fans can expect from the new film, they also provided a first look at Skarsgård as Pennywise and it’s pretty terrifying. You can check out the look here, if you dare.