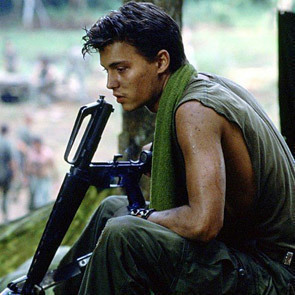 The 80s flick Platoon starred Forest Whitaker and Johnny Depp working alongisde each other in the Vietnam War movie classic.

Both busy actors in the decade, Depp played a teen in A Nightmare on Elm Street (1984) and later played a cop in 21 Jump Street (1987). Whitaker was involved in several TV series and TV movies as well and had a role in Stakeout in which Whitaker played a detective. As both were cast into previous roles “in” detective or police work, it’s not surprising to see them again working in a similar role for a new 2017 release.

Whitaker and Depp together again

Now the two are set to cast together for this drama said to release sometime next year, 2017. LAbyrinth is a crime thriller about a former dirty police detective, Depp, and a journalist, Whitaker, both on a mission for the truth related to the death of Notorious B.I.G and Tupac Shakur.

This movie is based on a true story and the book by Randall Sullivan’s “LAbyrinth: A Detective Investigates the Murders of Tupac Shakur and Notorious B.I.G., the Implication of Death Row Records’ Suge Knight, and the Origins of the Los Angeles Police Scandal.” 20 years after Depp’s character fails to solve the case, Whitaker joins forces with him intent to uncover the real story behind the deaths of the two rappers. While trying to fix their own reputations, they threaten to expose the LAPD for the corruption they uncovered throughout the investigation. The script was moved from the Black List of the best unproduced screenplays to production as the script was so good.