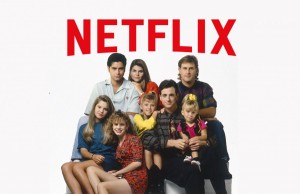 When Full House aired at the end of the 1980s, it soon became everyone’s favorite show and gained a loyal fan base. Danny, recently widowed, raises his three young daughters in San Francisco. With the help of friend, Joey and the girls’ Uncle Jessy, Danny runs the show with his quirky neat freak ways.

When Full House started in 1987, it had it all from leg warmers to big hair. Crazy neighbor friends like Kimmy Gibler add to the hilarity with her wise cracks and funny nature. Through life’s lessons, funny moments and realness, Full House is a binge-watch, feel good series through the years.

And then there is Fuller House. The first season aired in 2016 on Netlfix and was renewed that day it was so popular with fans. This time, it’s the eldest 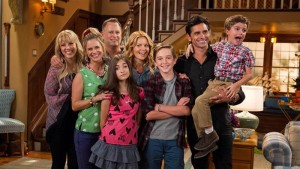 sister DJ’s turn with three boys of her own. Sister Stephanie and lovable friend Kimmy Gibler return to the Tanner’s house in 2016 joining DJ and helping with the boys.

The second season of Fuller House comes out December 9th  and is just in time for Christmas. What a wonderfully nostalgic and enjoyable way to watch through the holidays.

Check out the new trailer here: