Popular 80s Things That Your Kids Will Never Know Today

Remember when you had to wait until your parent or sibling was off of the phone so that you could use it? Or how about when you used to sit, tape rewound and record finger ready, listening to the radio to make a mixed cassette as soon as your favorite song played. Kids have it easy these days with shows automatically recorded and their favorite song at their fingertips.

These items were popular in the 80s and a while longer, but now kids may never know them.

Never forgotten is the light tan colored rotary phone of Grandma’s side table. These phones were used up until about 2000, when mobile phones became much more popular. Rotary phones as children’s toys are out now too as they are unrecognizable in the eyes of a child growing up in this cell phone and electronic era. 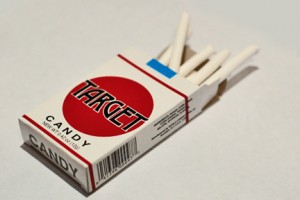 Candy cigarettes were purchased and used because of the cool factor. Kids now will never know the joy of blowing into a candy cigarette so powdered sugar would billow out like real life smoke. Those were the days.

In this age of electronics, specifically computers, a typewriter is a thing of the past. Some old school lawyers offices and even schools offices still use them on occasion but they are definitely on their way out.

Kids in 2016 have cell phones. Kids in the 80s needed to search for a pay phone, quarter in hand, to call home. No quarter? Calling collect was always a fun rush of getting out what you had to say so that your parents wouldn’t have to pay to take the call. Happening upon a stand up pay phone is a thing of the past. Though they are still around, most of them don’t work. 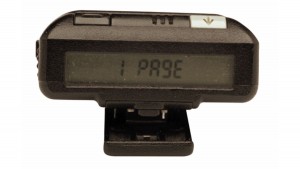 Pagers were popular for a time. Wearing around a pager would let off a tone alerting you that someone needs to talk. The phone number flashed across the screen so that you could find a phone and give them a call.

Taping Shows on a VHS via VCR

Before DVR and OnDemand, shows and movies were taped with the manual push of the record button. Getting lots of new VHS’s or taping over previously recorded material was a struggle.

Calling a theater for movie times

Going to a movie included calling the theater to hear the movie listings for the week, usually several minutes worth of movie titles and times. Don’t miss it or you’ll have to call back and listen again. Kids have it easy now, just google the theater and all the options pop right up for viewing. 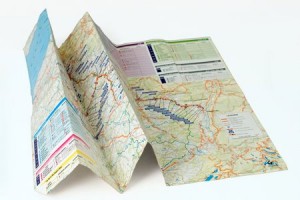 Sitting in the front seat as a child meant a paper map being thrust into your hands and suddenly you were the cruise director of the trip. Knowing how to read a map and accurately give directions is now the stuff of Google and Garmin.

Getting a job consisted of scrolling through the Ad section of your local newspaper or walking around looking for Want Ads in building windows. Now with the internet, there are all the jobs in the world just waiting to be clicked on and applied to.

The advances of 2016 and beyond are great but some things, like at least knowing how to read a paper map or use a typewriter are things most kids these days with never know.