What Is late-80s Star Mark Paul Gosselaar Up To Now?

Home » What Is late-80s Star Mark Paul Gosselaar Up To Now? 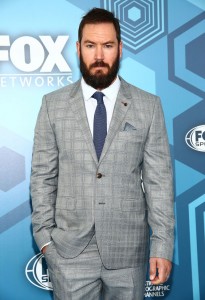 Originally Gosselaar starred in Good Morning, Miss Bliss a sort of precursor to his most-famous show. The Indiana based show centered on a recently widowed middle school teacher and her students. Popularity rose and people wanted more.

What did Mark Paul Gosselaar do after Saved By the Bell?

He continued being cast into various roles throughout the 80s, 90s and beyond.

And what’s he up to now? Judging by this recent picture, he’s putting some serious time into growing out his facial hair. His beard and hair are so dark and thick, it’s almost hard to make out the blond haired fresh face of his youth.

And as for his career? He keeps busy acting frequently and has been in several TV series such as CSI, Weeds and NYPD Blue and he spent a few years on TNT’s Franklin & Bash. He has also starred in some made for TV movies including Beer Money, The House Next Door and 12 Dates of Christmas.

Currently the married, father of four stars in Pitch for FOX and has a number of other projects in the works.