2016 was a very difficult year for 80s fans. We lost some substantial music icons from the beginning of the year all the way up until the end. We decided to honor those ’80s music icons we lost in 2016 with a couple of flashbacks. 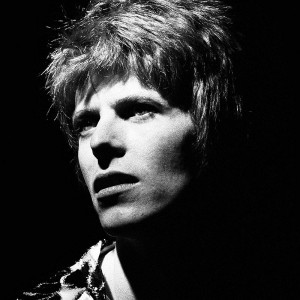 This year, we saw the lives of George Michael, John Berry, Vanity, Prince and David Bowie slip away and we can only hope that they are sharing their remarkable talents wherever the after life may be. Michael, Berry, Prince, Vanity and Bowie all played pivotal roles in their respective crafts and genres.

These are some of the most defining acts and inspirations from the ’80s making it ever-so-difficult to believe that they are gone. These are people who even after they have left us, remain immortal in the musical contributions they brought us. Stay with us as share a couple of our favorite pieces from these artists.

Vanity was often referred to as the protégé of Prince. Prince and Vanity had a pretty long relationship and he has production credit on her big hit “Nasty Girl,” performed by Vanity 6. She died on February 15, 2016 due to complications she suffered from kidney failure.

The most recent blow to the ’80s music community was the passing of George Michael. Michael was a member of the band Wham! and went on to have a fruitful solo career. He brought individuality and fearlessness to the ’80s and will forever be missed. Michael was found dead on December 25, 2016.

Prince is one of the most unforgettable entertainers of the ’80s and decades after. He personified what it was to be an artist, sex symbol and icon. His works will remain timeless and his vision will live on. Prince passed away on April 21, 2016.

Losing both Prince and David Bowie in the same year is extremely rough for ’80s lovers. There was something magical about the way they created and performed music. Bowie brought his own style to the table along with a writing ability that was simply astounding. Bowie passed on on January 10, 2016 after battling liver cancer.