Much to the dismay of dentists at the time, candy was an integral part of the 80s. Movies like ET and The Goonies gave Reese’s Pieces

bars (invented in the 1920s) new life along with pop culture-celebrity status. Those candies may have been big screen stars, but a few others actually born in that era have had similar influence. 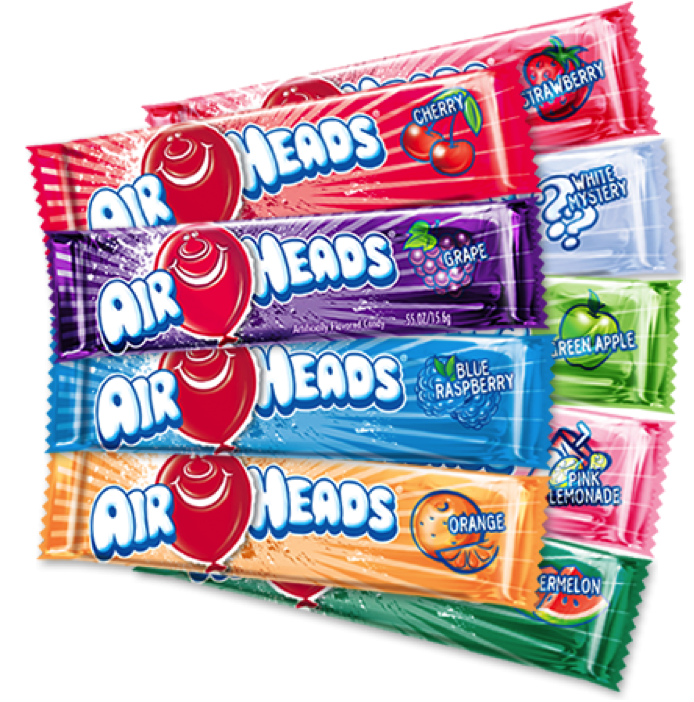 The sour but sweet taffy-esque delight that comes in all flavors, including “white” (what is that…), Airheads

are a good dose for the sugar fiend. If you haven’t shoved a whole one or three or eight of these in your mouth at one time you may be denying yourself one of the greatest delights known to modern man. Try the Airheads Challenge today.

Another candy that you probably shoved in your face with hedonistic zeal, Bubble Tape

was the gum that let you decide just how much you wanted. Its nifty little case made jaws drop when pulling up on a bike, ripping a piece out, and chewing away. And it’s a good thing it was 6-feet long, because the whole playground is coming to ask for a piece.

While on the topic of gum that was thought to up the cool rank, Big League Chew

is a must mention. Most of the baseball kids on the diamond who didn’t buy candy cigarettes from the ice-cream man probably grabbed a bag of this, both for the sugar and to emulate their tobacco-chewing idols. Parents must have been proud. 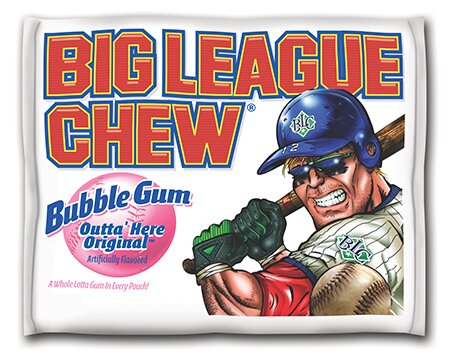 Another trendy delight was the Ring Pop

. This lollipop that you attached to your fingers using its plastic ring came in a multitude of flavors, but, to some, it was more about the color than the taste. A favorite of girls and bullies alike. 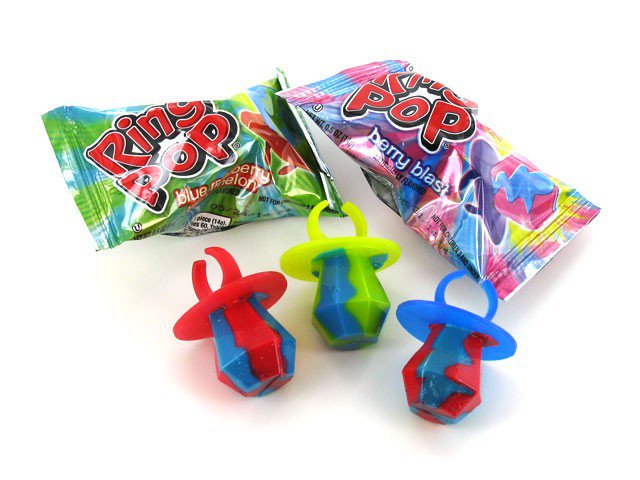 Don’t laugh, but can you imagine life having never tasted the rainbow that Skittles

offers? These little suckers were first made in the UK during the mid-70’s but didn’t hit US shelves till late ’79, making them slightly older than some of the others on this page. But with colors like that, who can tell their age? 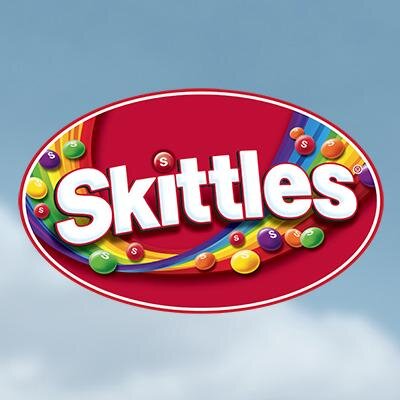 , too, were first made in the 70’s but they met an early demise in ’83 while also developing a sinister urban myth involving Coca-Cola. However, their assumed “danger” and continuing popularity caused these little guys to once again pop up for good. 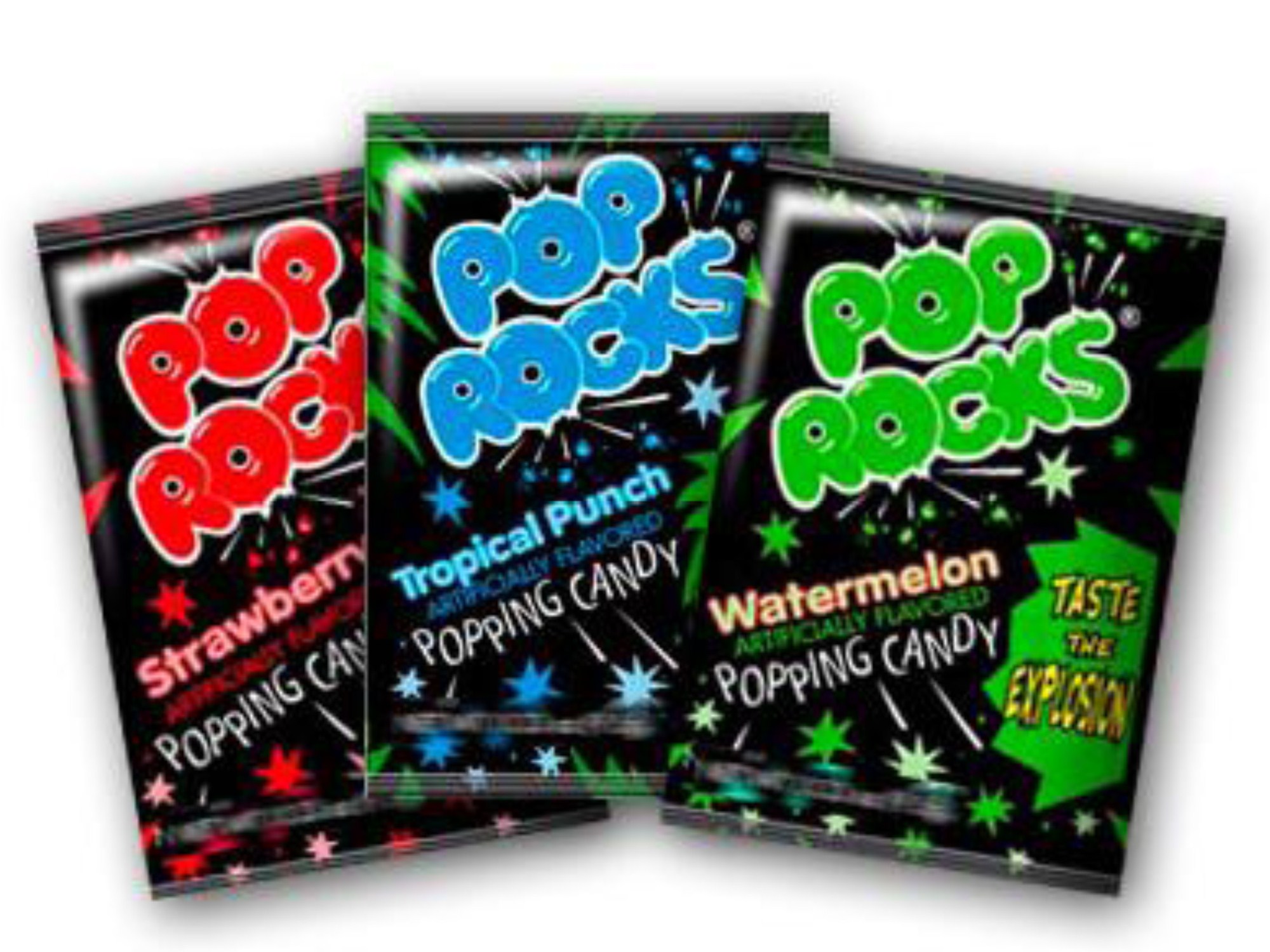 Most successful chocolates found on supermarket shelves were created long before the 80’s, but that’s just when Banjo bit the dust. After its creation in 1937 and subsequent rebranding in the 70’s, Banjo finally keeled over sometime in the middle of the decade. Regardless, its popularity remains, with petitions online to bring it back and even it’s very own Facebook page.

didn’t get the name with which we’re so familiar until 1985. A mainstay in most theaters over the years, the juxtaposition in taste that occurs when one ingests a Sour Patch Kid, from sour to sweet, can only be described as culinary alchemy. 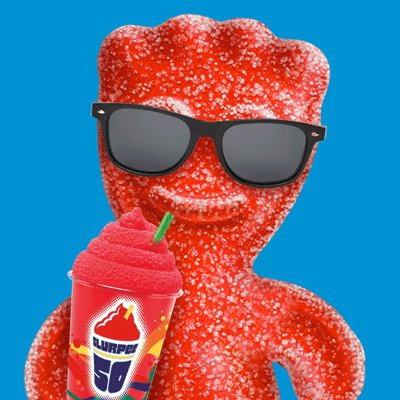 Those kids from across the tracks also had their own little cavity machines, Garbage Can-dy

. The popularity of the Garbage Pail Kids not only gave us movies, cards, magnets, but candy as well. Probably more of a collectible than a delicatessen, though.

Developed in 1983 and named “Candy of the Year” by the National Candy Wholesalers Association just two years later, Nerds

have become boulders in today’s society, which is a quite the feat considering how many of the little suckers come in their tiny box. Their distinctive pack with two flavors has become a staple of the brand and a favorite among young and old. They’ve even developed spin-offs of the brand like Giant Nerds

, as well as Nerd flavored slushes at Sonic and being a common toping at Dairy Queen