‘Tis the Season to Be Jovi: The Bon Jovi Christmas Experience

Home » ‘Tis the Season to Be Jovi: The Bon Jovi Christmas Experience

Thirty years ago, in 1986, Bon Jovi officially made the jump to hyperspace with its album Slippery When Wet

. The thing is, though, Slippery When Wet 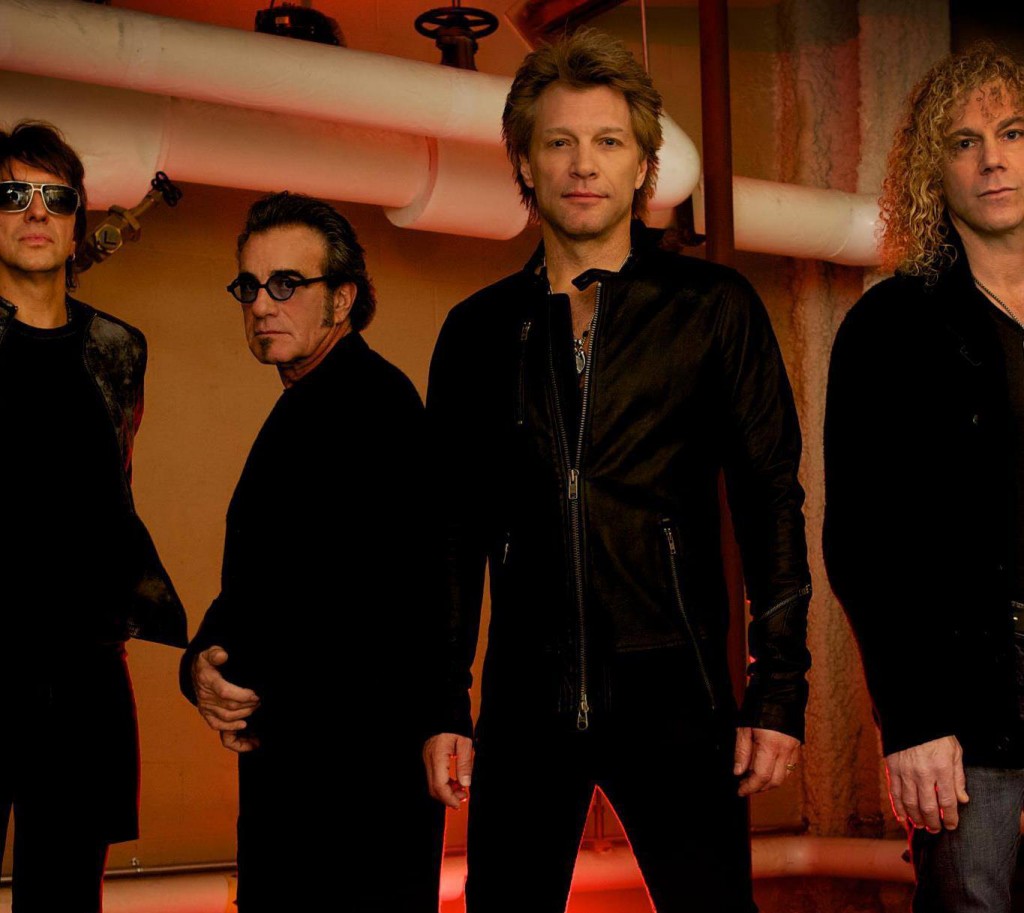 And even THAT album wasn’t the first professional recording for lead singer Jon Bon Jovi.  That distinction belongs to the song “R2D2, We Wish You a Merry Christmas” from the 1980 album, Christmas in the Stars: A Star Wars Christmas.

‘Tis the Season to Be Jovi: The Bon Jovi Christmas Experience

Here’s the deal: in the late 1970s, a producer named Tony Bongiovi teamed with musician Meco Monardo on the album Star Wars and Other Galactic Funk, which featured disco-fied versions of tunes from the original Star Wars soundtrack. Bizarrely, Disco Star Wars was a hit (hey, it was the 70s… ‘nuff said), so when The Empire Strikes Back came out, Bongiovi and Monardo wanted to do a sequel of their own.

Only this time, they thought they’d change things up and make a Christmas Star Wars record. (And if this sounds like crass, opportunistic commercialism to you, just know that the Galactic Emperor himself, George Lucas, signed off on all of this!)

Bongiovi and Monardo joined forces with then-struggling composer Maury Yeston, who came up with a vague storyline for the album (something about toy-making droids) and wrote most of the songs, including the classic “What Can You Get a Wookiee for Christmas (When He Already Owns a Comb).”

Seriously.  They even enlisted the man behind C3PO himself, Anthony Daniels, who narrates as well as talk-sings on several songs.

But for the track “R2D2 We Wish You a Merry Christmas,” Tony Bongiovi brought out the big gun– the ion cannon, if you will: his teenage cousin, who was sweeping floors in Tony’s studio at the time while trying to get into the recording business.

The cousin’s name? John Bongiovi… who would eventually re-christen himself Jon Bon Jovi.

The R2D2 song, naturally, is absolute dreck (sample lyric:  “And if the snow becomes too deep, just give a little beep/  We’ll go in by the fire and warm your little wires”), but hey, it was a paying gig for the young JBJ.  ($180, according to Forbes.)

And not only did Jon get to sing a bad song for Christmas in the Stars, he apparently got to write a bad song for the album as well: a sappy little ditty called “The Odds Against Christmas.”

According to composer Maury Yeston, “John wrote (‘The Odds Against Christmas’), and I remember hearing his demo… and I’ve always thought, I am not the only one who could be blackmailed by this album!” (Incidentally, like Bon Jovi himself, Yeston would rise from the trash compactor that is Christmas in the Stars, eventually winning multiple Tony awards for the musicals Nine and Titanic.)

Now, back in 1980, when Bon Jovi was as innocent as a baby Ewok, he must have felt the Force was definitely with him. Sure, Christmas in the Stars was clearly cheesy and insipid… but it was destined to be a hit. And he got to sing on it! That should have been enough to get him signed to a recording deal, right?

Welllllll… not exactly. Turns out, success was not in the stars for Christmas in the Stars.  The company that released the album, RSO Records, went out of business literally two days after its release, which made promoting the project a little difficult. Bon Jovi would have to wait a few more years for his big break.

(By the way, all this information, and more, can be found in Andrea Werner’s most excellent article, “The First-Ever Oral History of Christmas in the Stars: Star Wars Christmas Album,” posted on CBcMusic.com. A treat for nerfherders from one side of the galaxy to the other!)

And yet, perhaps his experience with Christmas in the Stars had more of an impact on Jon career than anyone realizes.  Indeed, throughout his career, he kept recording songs with Christmas connections. Consider…