Blade Runner 2049 Is The Second Highest Anticipated Film of 2017

An 80s classic with a new spin will hit theaters in 2017 and it just so happens to be the second highest anticipated film of the year. Blade Runner 2049 is a sequel to the 80s film featuring Harrison Ford and yes, Ford will be in the latest version. 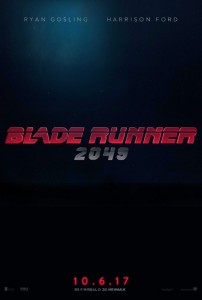 “Rotten Tomatoes, the leading online aggregator of professional movie and TV reviews, surveyed hundreds of Tomatometer-approved critics across the country this past December to forecast the “freshest” movies of 2017,” according to a recent release.

“As voted across all film genres, the most anticipated movies were the upcoming sci-fi movies, Star Wars: Episode VIII, Blade Runner 2049 and Alien: Covenant.”

It’s no surprise that fans are welcoming the Blade Runner 2049 film. With a returning main character, the inclusion of a new character played by one of the most talented actors in Hollywood and a setting that stays true to the original, who could blame anyone for wanting to see this film?

“George Lucas and Ridley Scott brought new respect to the oft-maligned science fiction genre in the 70s and 80s, so it’s easy to understand why the latest chapters of Star Wars, Blade Runner and Alien are generating the most excitement amongst critics,” according to the release.

The rundown of the five most anticipated films of 2017 are as follows:

Are you ready for this 80s classic to return in a slightly altered form? Let us know in the comments section below.