They will give fans a first look into their tour during joint interviews on the TODAY show and Watch What Happens Live on January 25 and Access Hollywood on January 27.  For more information on the tour, please visit LiveNation.com. 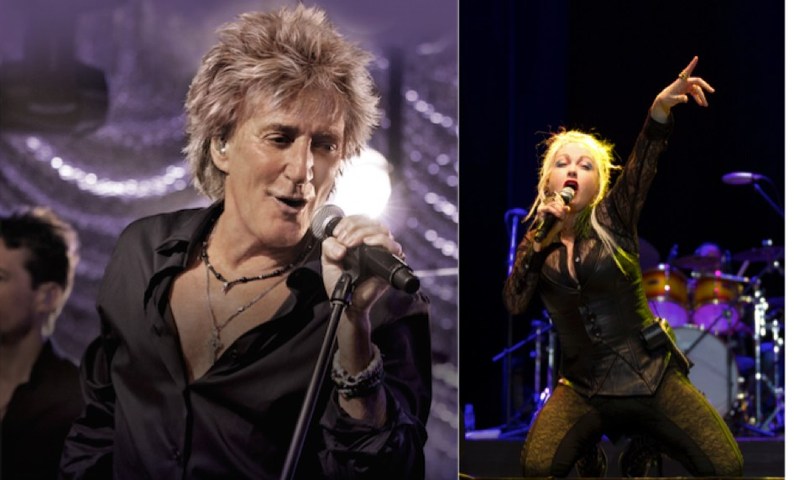 Stewart and Lauper have been awarded nearly every industry award and honor for their incomparable catalog of hits and activism, among them Grammy and American Music Awards, two inductions into the Rock & Roll Hall of Fame, the ASCAP Founders Award for songwriting and a knighthood for Stewart; and an Emmy and Tony Award for Lauper.

Sir Rod Stewart has sold over 200 million records sold worldwide. With his signature voice, narrative songwriting, trendsetting style and passionate live performances he’s transcended all genres of popular music, from rock, folk, soul, R&B, new wave, and even the Great American Song Book; making him one of the few stars to enjoy chart-topping albums throughout every decade of his five decade-long career.

As a singer and songwriter his hits include “Gasoline Alley,” “Every Picture Tells a Story,” “Mandolin Wind,” “You Wear It Well,” “The Killing of Georgie,” “Tonight’s the Night,” “You’re In My Heart (The Final Acclaim),” “Da Ya Think I’m Sexy?,” “Young Turks,” “Forever Young,” “Hot Legs,” “Infatuation” and, “Maggie May.”

With her first album, She’s So Unusual, Lauper won a Grammy Award for Best New Artist and became the first female in history to have four top-five singles from a debut album. Over the years, Lauper has explored electronic dance music, American standards, the Memphis blues and, with her latest studio album Detour, country classics from the ’40s, ’50s, and ’60s which features collaborations with some of country music’s most-celebrated artists including Vince Gill, Emmylou Harris, Willie Nelson, and Alison Kraus.