If you’ve ever dreamed about kicking Magnum P.I. out of the driver seat of her Ferrari, your dreams may be coming true. The only catch here is, you’ll have to have some pretty deep pockets. 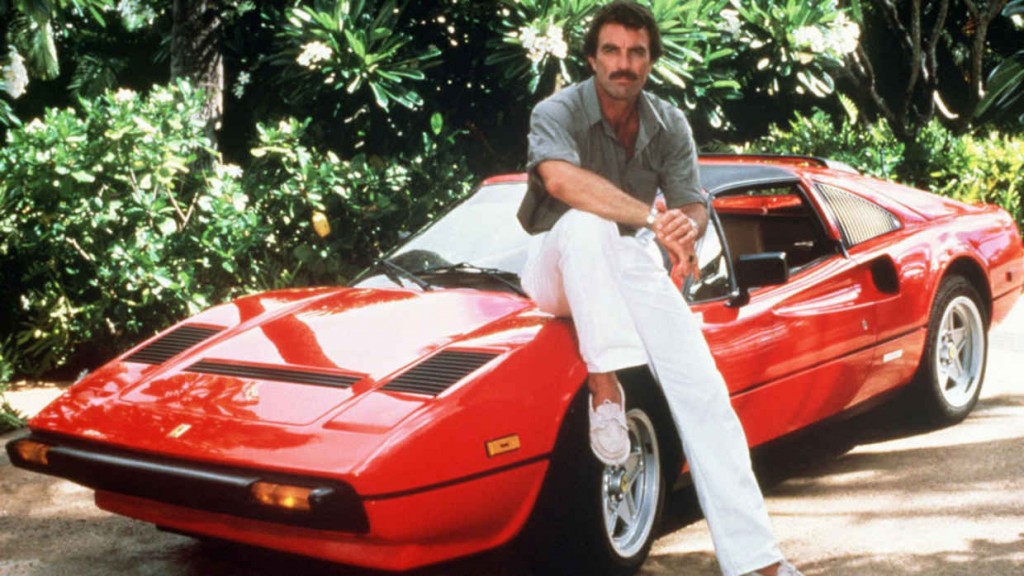 “This 1984 Ferrari 308 GTSi QV was star Tom Selleck‘s ride during the 1984-’85 shooting season and it is headed to the auction block at Bonhams’ Scottsdale sale January 19,” according to Maxim.

“After the shooting was finished, the production company returned the car to Ferrari, which repainted it and sold it as a ‘demo’ car to its first owner in 1986. The current owner bought the car in 1989,” according to the report.

’80s fans were happy enough to see this vehicle in its prime as the show ran from 1980 to ’88 and every-time you saw that classic Rossa colored Ferrari roll out it was a thing of beauty.

While you won’t be getting the enormous amount of power that is carried out by todays Ferrari models, the 232 horsepower engine is perfect for cruising along on a sunny day. So, start growing that perfect mustache and hit up the bank for a chance to own a piece of ’80s TV history.