It may be 2017, however, the Pixies is still going strong. The band announced a slew of U.S. show dates as it continues to promote its latest album Head Carriers.

Head Carriers is the 6th studio album from the 80s band. The album was released in the Fall of 2016 and well-receipted by longtime fans of the band. Of course, Pixies are known for their hit song “Where Is My Mind,” released in 1988.

“This was feeling very much like our comeback record as opposed to Indie Cindy [from 2014], which felt like a transitional moment even when we were making it,” Black Francis told Rolling Stone, when asked about Head Carriers.

“This time, we felt like we wanted to get out of our comfort zone.”

Pixies “Where Is My Mind”

“The tour starts April 21st in Pomona, CA and loops across the southern half of the country. Black Francis and co. finish the tour with a pair of dates in New York City on May 24th and 26th. The band heads to Europe in July.”

You can check out the tour dates in the photo below. Are you excited to see Pixies hit the road? Let us know in the comments section below. 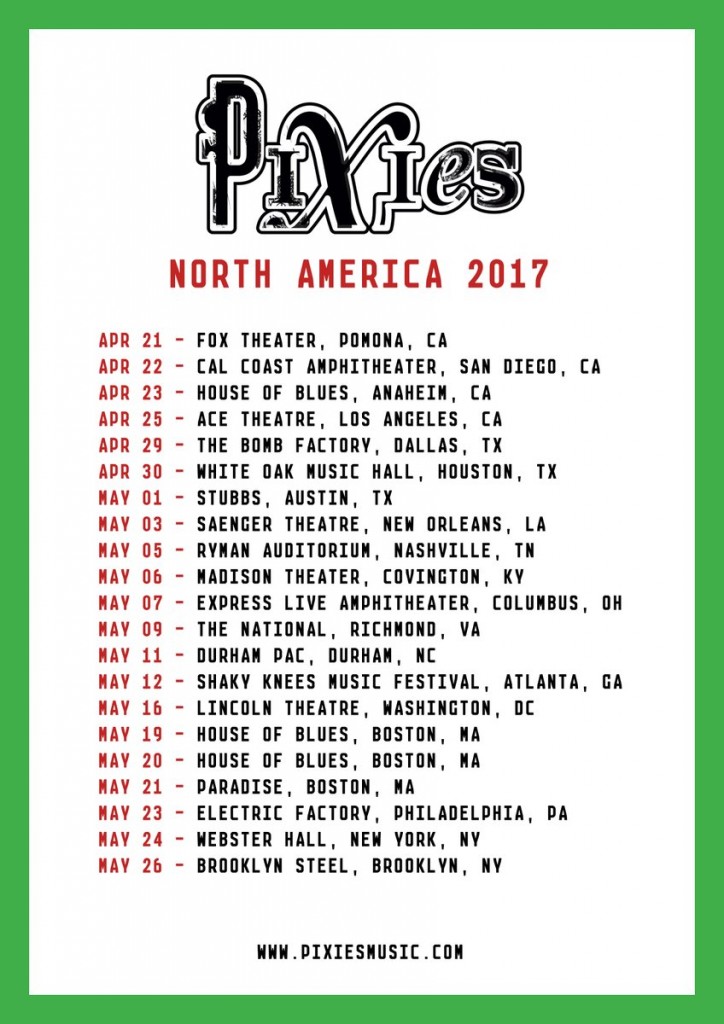