A UK multimedia site is now injecting life into 80s fashion and music with 80s bands merchandise. Just when you thought it was just Urban Outfitters stores that were getting the job done, think again. 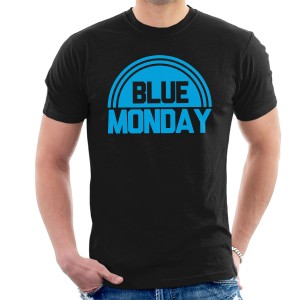 “Guns N’ Roses’ ‘Appetite For Destruction’, Public Enemy’s ‘Yo! Bum Rush the Show’, George Michael’s ‘Faith’, Prince’s ‘Sign O’ The Times’, The Jesus and Mary Chain’s ‘Darklands’ and The Smiths’ ‘Louder Than Bombs’ to name just a few, will all be turning 30 this year,” according to NME.

“So we’ve created a bands of the ’80s-inspired collection in our NME Merch Store to celebrate.”

The shop features some pretty awesome tees with masterful art. Some of our favorites include the New Order “Blue Monday” tee and The Cure tee.

This merchandise release is yet another reminder that music fans and the present day fashion forward community really does have a soft spot for 80s nostalgia.

This growing trend doesn’t seem to be stopping anytime soon. According to POPSUGAR, the 2017 Fashion trend is in fact 80s nostalgia. Throwbacks to the bands that were listed above, along with music networks, noticeable shows and more are now becoming the source of inspiration for fashion today.

“For her Spring 2017 collection, Isabel Marant presented a particularly wearable ’80s vibe, putting a Parisian spin on ruffles, florals, and pinstripes. Other renditions of extreme ’80s styles popped up at the Marc Jacobs Resort 2017 show, where models rocked crimped hair, shiny metallics, and oversize MTV sweatshirts,” according to the POPSUGAR article.

It looks like the 80s are here to stay and we couldn’t be happier about it.