Rock legends REO SPEEDWAGON and STYX, along with very special guest star DON FELDER—formerly of the Eagles—will join forces for the “United We Rock” U.S. summer tour, which kicks off in Ridgefield, WA on June 20. 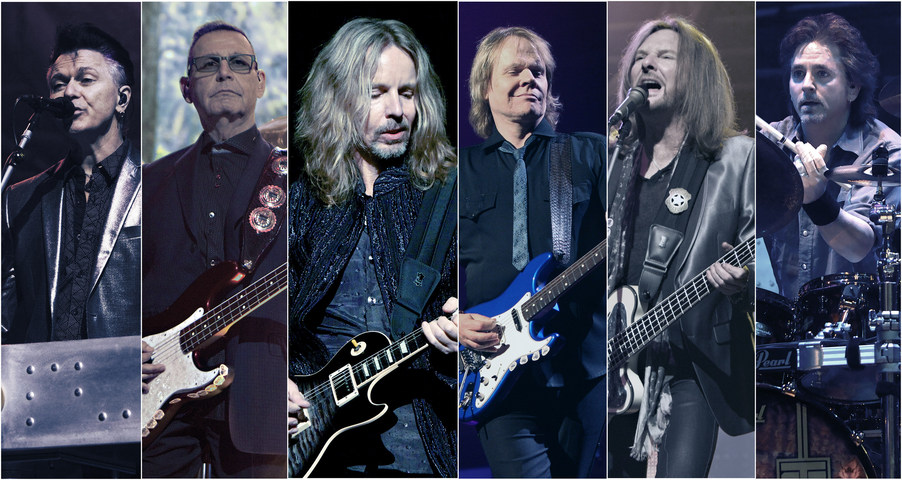 Styx, REO Speedwagon and Don Felder will be offering direct-to-fan access to the best seats in the house via their own exclusive pre-sales beginning Tuesday, February 21 at 12pm local time, through Thursday, February 23 at 10pm local time.

Midwest rock heroes REO Speedwagon and Styx have a rich touring and recording history together. In 2000, the bands recorded a live album and DVD called Arch Allies: Live at Riverport at Riverport Amphitheatre in Missouri. In 2009, the bands embarked on the “Can’t Stop Rockin'” Tour and marked the occasion with a single, “Can’t Stop Rockin’,” co-written by Styx’s Tommy Shaw and REO Speedwagon’s Kevin Cronin. 2012 and 2013, REO Speedwagon and Styx hit the road together with the wildly successful “The Midwest Rock ‘n Roll Express” tour.

Most recently, in January, Styx and Don Felder shared the Las Vegas stage for an unforgettable five-night limited engagement, “Styx & Don Felder: Renegades In The Fast Lane,” at The Venetian Theatre inside The Venetian Las Vegas. And, on the Rock Legends Cruise in February, Don Felder invited REO Speedwagon’s Dave Amato up for an amazing performance of “Hotel California.”

Everyone on the tour is ecstatic to criss-cross the U.S. together again. In their own words:

“I called up Tommy Shaw last summer and we were both thinking the same thing: let’s get the boys together, make some music, and have some fun. REO Speedwagon and Styx together is a head first plunge into the fountain of youth, an unstoppable force of nature. Add the amazing Don Felder to the mix and it’s a thundering slam dunk!” – Kevin Cronin, REO Speedwagon (vocals, guitars, keyboards)

“Hitting the road with REO and Don Felder is gonna be an unforgettable evening of music for the fans and another chance to hang with these good time friends of ours who love the life as much as we do.” – Tommy Shaw, Styx (vocals, guitars)

“FORGET POLITICS!!! Since music is the universal language, Styx, REO Speedwagon and Don Felder have a SHOUT OUT TO THE UNIVERSE!!! UNITED WE ROCK!!!  At a venue near you this summer!!!”
– James “JY” Young (vocals, guitars)

“I’m so excited to be spending the summer on tour with my good friends STYX and REO.  It’s going to be a ‘ROCKING’ summer filled with hit after hit and tons of fun for everyone. Come on out and party, dance and sing with us this summer.  It’s going to be a blast.” – Don Felder

You can check out the “United We Rock” U.S. Summer Tour Dates below.