Is Gargamel The Most Diabolical 80s Villain?

Home » Is Gargamel The Most Diabolical 80s Villain?

We may not have realized it back then, however, it’s clear that Gargamel was the most diabolical and insane 80s cartoon villain ever. He was manipulative, dark and downright grumpy. However, what seemed to be even worse is his plans for the poor Smurfs. 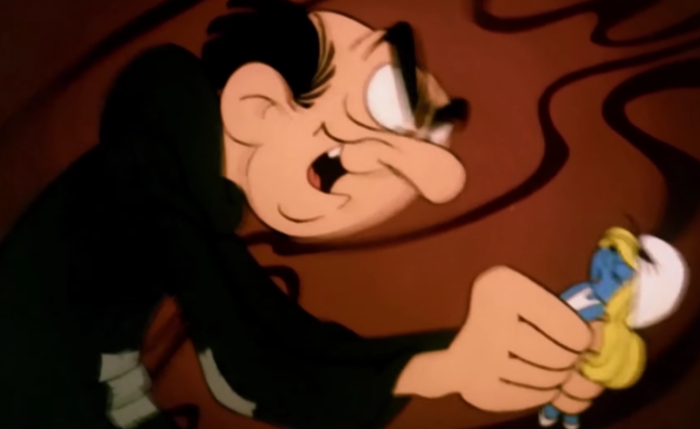 “Gargamel hates the Smurfs, that much is clear, but what’s never really been confirmed is just why he wants to capture them,” according to CBR.

“In fact, the strangest part about Gargamel is that he seems to want the Smurfs for three things: to turn them into gold, to eat them and to just plain destroy them.”

In fact, CBR made a good point in highlighting the fact that a normal person would never eat Smurfs if it was possible to turn them into gold. This just solidifies the fact that Gargamel was a ruthless villain and gold didn’t even appeal to him as much as a Smurf sandwich did.

Of course, fans will argue that Gargamel sometimes found the error in his ways. However, the intent was always there and he always found himself ready to commit a horrible crime against the Smurfs.

The Smurfs definitely had their own dose of strangeness within their population but can you blame them? With having to deal with a weirdo like Gargamel, it’s easy to see where their stress may cause them to behave in strange ways.

Is Gargamel The Most Diabolical 80s Villain?