Two heavily iconic acts of the 80s are joining forces for yet another collaborative summer tour. That’s right, Tears For Fears and Hall & Oates are co-headlining a 29-stop summer tour. 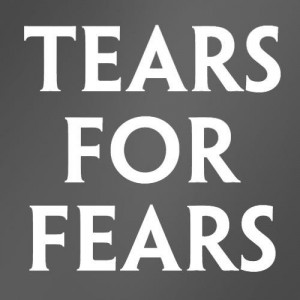 “I am very excited to be touring with Tears for Fears,” Daryl Hall said in a statement, adding that the tour “could be the start of a long relationship” between the two bands, according to EntertainmentWeekly.

“Their music has a timeless quality that complements what we do.”

Hall & Oates have the majority of their huge hits like “Rich Girl” and “She’s Gone” in the late 70s, however, they had an incredible hit in the early 80s with “You Make My Dreams Come True.”

Meanwhile, Tears For Fears brought some incredible hits to the 80s with, “Shout,” “Everybody Wants To Rule The World” and “Head Over Heels.”

“Head Over Heels” – Tears For Fears

“We’re thrilled to be going out on the road with Daryl Hall & John Oates this summer,” said Tears For Fears according to the report.

“We’ve been longtime fans of the band so it’ll be fun to reconnect and also to see our fans throughout the US.”

These two bands should really compliment each other well and who knows maybe they’ll whip up a collaboration while their on the road together. That’s just wishful thinking but wouldn’t it be awesome?

Check out the Tears For Fears and Hall & Oates summer tour dates below.