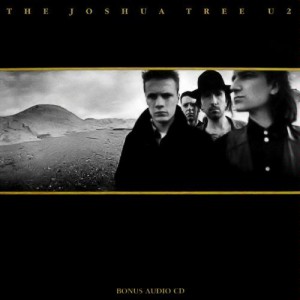 In her memoir The Glass Castle, author Jeannette Walls describes how, as a kid, she came across a sapling of a Joshua tree, one of those mangled, prickly trees often found in deserts of the American Southwest. Jeannette wanted to save this baby tree; she had seen other Joshua trees–in particular, one that she described as “so beaten down by the whipping wind… that it seemed ready to topple”– and she wanted to replant this sapling and care for it (35).

“It’s the Joshua tree’s struggle that gives it its beauty” –Rosemary Walls (The Glass Castle, 2005)

However, her mom Rosemary told Jeannette she’d be hurting the baby tree rather than saving it. “You’d be destroying what makes it special,” she said, since it’s the “struggle” of Joshua trees– the very fact that they have been battered and beaten– that makes them so beautiful and interesting (38).

In the memoir, Jeannette Walls uses the Joshua tree is sort of a symbol for herself.  To put it mildly, she had a crazy childhood; her dad was an alcoholic and wannabe inventor who was always running from bill-collectors, while her mom was a selfish narcissist who taught her kids how to shoplift.But despite her chaotic upbringing, Jeannette ended up very successful. Or more accurately, she was successful because of her chaotic upbringing; her struggle made her the writer and person she is today.

Indeed, like the tree that Walls uses as a symbol, the U2 album was also born out of struggles and discontent– but from that turbulence comes greatness.   And what were some of those struggles?  Well,…

* “Where the Streets Have No Name”— Inspired by stereotyping and uneven distribution of wealth in Ireland. According to lore, Bono wrote the lyrics in response to a story he heard about Belfast: that you can tell the religion and income of a Belfast resident by what street he lives on. So, Bono is hoping for an idealized place where no one judges anyone, since the streets don’t have names.

* “With or Without You”— Back in the mid-80s, Bono was caught between his duties as a husband and a rockstar.  “I hardly saw my wife Ali for a year,” he told Rolling Stone Magazine back in ‘87. “It’s almost impossible to be married and be in a band on the road.” And “With or Without You” universalizes that struggle.

* “Bullet the Blue Sky” and “Mothers of the Disappeared”–The two years preceding the recording of Joshua Tree saw the emergence of Bono the Super-Activist, thanks to his involvement in a number of social justice projects, including Band Aid’s “Do They Know It’s Christmas?,” Live Aid, United Artists Against Apartheid, and Amnesty International’s Conspiracy Against Hope concerts. And it was an Amnesty International-sponsored trip to Central America that inspired “Bullet the Blue Sky” and “Mothers of the Disappeared,” both of which are  condemnations of the United States foreign policy in Nicaragua and El Salvador

* “Running to Stand Still”— Inspired by stories of heroin addicts in Ireland.  (According to many reports, the line “I’ve seen seven towers, but I only see one way out” refers to a specific housing project in Dublin where many drug addicts lived.)

* “Red Hill Mining Town”— Inspired by a 1984 coal miners’ strike in Great Britain.  Bono wanted to write about the effect on families after the mines were shut down. (There was another unintentional struggle associated with the song; apparently, Bono couldn’t consistently hit the high notes, so the band didn’t perform it live.)

* “In God’s Country”— Bono originally conceived The Joshua Tree as a love letter– well, maybe love/hate letter– to his adopted country of America, which he saw as a country of “haves” and “have nots.”  Bono’s working title for the album– The Two Americas– summed up this feeling, which lived on in the song “In God’s Country”; indeed, this song’s lyrics are betwixt and between, unable to decide if they’re pro-American (“liberty… comes to rescue me”) or not (“We need new dreams tonight”).

* “One Tree Hill”— Inspired by the death of Bono’s friend/ U2 roadie, Greg Carroll, who died during the recording of Joshua Tree. In fact, Carroll was out doing an errand for the band when his motorcycle collided with a car.

* “Exit”–Inspired by a Norman Mailer novel, The Executioner’s Song, about convicted murderer Gary Gilmore.  The song is Bono’s attempt to get into a serial killer’s head.

In short, a “shiny, happy people” record, Joshua Tree ain’t. Virtually all of the songs on the album reflect some sort of struggle. Really, the only song on the whole album that doesn’t seem angst-ridden is “Trip through Your Wires”– even though I guess you could say the song is about unrequited love, which is never fun.<

(Incidentally, the band did record another “happy” song that didn’t ultimately make the album and was relegated to a B-side. Bono wrote the song for his wife’s birthday, but he didn’t think the song was strong enough.  Eventually, in the late 90s, the band did re-record and release it as a legit single. That song? “The Sweetest Thing.”)

“Now, hold on!”  the U2 purists object. “The band did not consciously write the album with the Joshua tree symbol in mind. In fact, the inspiration for the title came late in the process.”  And that’s true: Bono and the band hadn’t even heard of Joshua trees until December 1986, when they were on a photo shoot in California.

Here’s the story: Bono had desert imagery on the brain after he and his wife Ali traveled to Ethiopia and worked in the Ajibar Relief Camp.  Says Bono, to Rolling Stone in May 1987:  “Spending time in Africa and seeing people in the pits of poverty, I still saw a very strong spirit in the people, a richness of spirit I didn’t see when I came home… I started thinking, ‘They may have a physical desert, but we’ve got other kinds of deserts.’ And that’s what attracted me to the desert as a symbol of some sort.” And he wanted the artwork for the album to reflect that.

So photographer Anton Corbijn took the band to the barren lands of California, including Mojave Desert and Death Valley.  And while en route to a location, they spotted a lone Joshua tree; they stopped the bus and had an impromptu photoshoot around the tree.

So, yes,  the band definitely stumbled backward into the Joshua tree symbol, and in no way did Bono write toward it. But authorial intention be damned!  Whether the band meant it or not, The Joshua Tree can still represent for the listener the struggles the band members were either empathizing with or experiencing first-hand at the time.  And those struggles ultimately helped contributed to the album’s beauty.

And if you really think about it, Joshua trees can represent the struggle inherent in the album’s most iconic song.  Apparently, the Joshua tree got its name from the Old Testament prophet Joshua; Mormons thought the branches looked like Joshua reaching out to the Promised Land. In this respect, the tree could represent a person reaching out, for… something, something more.  But this person is still reaching; whatever he’s striving for, he hasn’t achieved. In other words, he still hasn’t found what he’s looking for.