This week 30 years ago, Cutting Crew’s hit song, “I Just Died In Your Arms” topped the Billboard Hot 100 Chart. 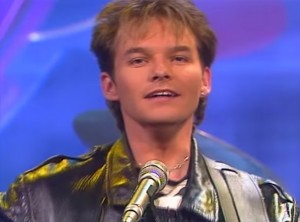 It has been a total of 30 years since the release of this song and it still remains timeless. The classic 80s rock song featured spectacular vocals from Cutting Crew’s lead singer, Nick Van Eede. His voice was pretty distinct in an incredibly dense era of sounds. According to Eede the song was actually written a whole year before it went into production, followed by the release.

This love song is ideal for any moment and a late night cruise with this blasting through your speakers and the windows down is the perfect situation. Of course it’s always to each his own, but that doesn’t sound too bad on a spring weekend right?

Check out the throwback to Cutting Crew’s “I Just Died In Your Arms” below and let us know the best memories you have with this song. A school dance? Prom? Maybe even a magical first date. If you want to hear how Eede wrote this classic, click here.

Cutting Crew – “I Just Died In Your Arms Today”