Roseanne Is Up For A Reboot And 80s Fans Are Rejoicing

Roseanne is back. Well Almost! The cast wants a comeback and the fans do too. If ran, this time Roseanne would be 8 episodes. 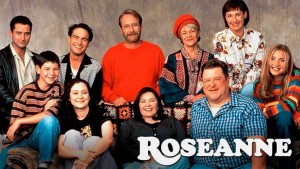 While it’s still undecided, networks know of the possible revival and they want it! Roseanne originally ran on ABC so they have a vested interest in the show. Netflix’s recent reboots like Full House and One Day At A Time puts them out front for the reboot as well.

As real as it gets, Roseanne depicts a typical working class family. The newer version looks to shine a better light on the everyday life of Americans.

Sara Gilbert has also spoken favorably in regards to the reboot, as has John Goodman. During an interview, Gooodman acknowledged the possible come back and said, “Oh, hell yes … if we could get everyone together. The Big R [Barr] and I did a pilot about five years ago that didn’t go anywhere … but we were very happy to work together.” The hope is that the main actors from Roseanne will make an appearance, including Dan, who died at the end of the original series. Barr says she’s already written the scenes about Dan’s death and that the situation has a explanation to it.

It’s safe to say this show is looking good for another appearance. We can’t wait to see what modern twists are added to the always comedic Roseanne.