Are Today’s Artists Stuck In The 80s?

Home » Are Today’s Artists Stuck In The 80s?

We often speak about the influence the 80s still plays in music today. A new band by the name of Dreamcar has recently released their debut album and it has a super distinct 80s feel. This leaves us to question whether or not today’s artists are stuck in the 80s. 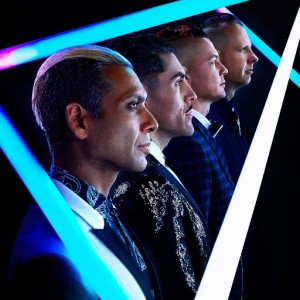 Tom Dumont, Tony Kanal and Adrian Young of No Doubt have picked up a new lead singer in Davey Havok, a previous member of the band, AFI. Together they formed Dreamcar and released their debut, self-titled album on Friday May 12.

The band’s first single, “Kill for Candy” is filled with 80s synths, guitar rifts and percussion arrangements. So to is the rest of its album that can only be described as an adventure into the 80s.

“After years spent honing reasonably modern pop-punk sounds — one of the few strategies for growth in a slowly dying rock scene — all these musicians are now looking back to the 1980s, openly borrowing the glossy synthesizers and mechanized percussion (not to mention the dubious graphic design) that defined that era,” according to The Los Angeles Times.

What The Los Angeles Times feels as if Dreamcar “comes off as mere followers” compared to the band Paramore’s approach to borrowing 80s sounds, we would have to give the overall authenticity of 80s sounds to Dreamcar. Today’s artists are definitely drawing out the most popular sounds of the 80s.

Though, it’s important to mention that Paramore uses the 80s influence in a much more playful manner that makes it super easy and fun to listen to. Either way, both of these bands seem to be drawing plenty of 80s influence in their music. These are some of the ways that the 80s is being kept alive today. Long live the 80s.

Are Today’s Artists Stuck In The 80s?