Why 80s Sitcom Sidekicks Are The Best ‘Wingmen’

Home » Why 80s Sitcom Sidekicks Are The Best ‘Wingmen’

What comes to mind when you think of an 80s sitcom? Maybe it’s the sweet hearted conversations of the Tanners. Better yet, maybe you recall the Tanners ripping on Kimmy Gibbler.

And really, what would Full House be without the wonderfully obnoxious, free-spirited Kimmy Gibbler living next door? Which brings me to my point.

How awesome are the sitcom sidekicks of the 80s? There’s the witty, fun, rabble-rousers like Zack and Screech or the straight mischievous like the Duke Boys. Only you can decide your favorite duo.

Why 80s Sitcom Sidekicks Are The Best ‘Wingmen’ 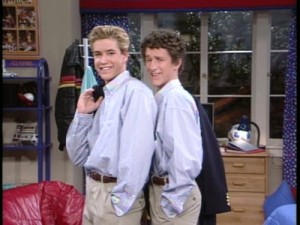 There’s no counting the number of times these two were the epitome of best friends to each other. Zack’s constant shenanigans were forever in need of Screech’s disguised phone calls getting his friend off the hook once again.

Zack came to Screech’s aid more than once too, even going as far as to dress like a girl just to let his best friend down easy. They fight and don’t always see eye-to-eye but you can’t deny how close of friends they are. 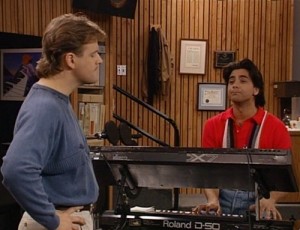 These two did the song and dance, literally. Between their Ad company, Joey’s public persona, and Jesse’s love to be singing in the spotlight, these two lit up the sidekick stage.

Diapering and dressing Michelle was no big feat for these “uncles.” These guys came to the rescue of friend Danny, when he was widowed, to help raise the three girls. Danny, Jesse and Joey went from friends to family and always had each others backs. 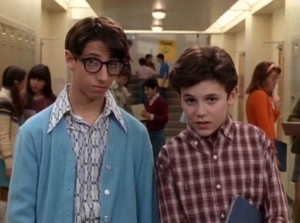 The Wonder Years may have taken place in the 60s and 70s but it was aired in the 80s, and this makes Kevin and Paul awesome sitcom sidekicks of the decade.

Life, school, and the weekends had one thing in common for these best friends, girls. Kevin was constantly trying to win the love of Winnie and Paul was always along for the ride. 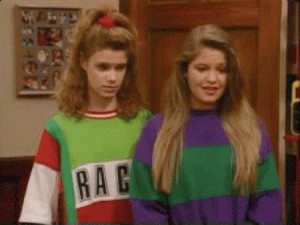 These two Full House best friends grew up as close as sisters and they act like it too. DJ and Kimmy fought over boys and disagreed on fashion. But most of all, they were there for each other.

And Kimmy came and went in the Tanner house as much as anyone else in the family, making them not only sidekicks, but sisters. 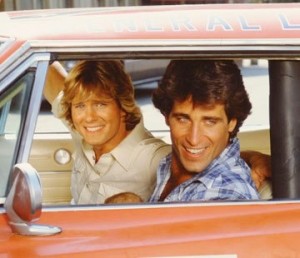 The Duke cousins were born and raised as each others’ sidekicks and they couldn’t have been better matched. Protecting Daisy was priority number one for these boys.

Number two? Getting into trouble of course.

Who’s your favorite 80s sitcom pair? I say DJ and Kimmy because, girl power. Also, I always wanted to hang out with them and I love seeing them all grown up in the new Fuller House. Sitcoms from the 80s are the best.