You Can Own Cyndi Lauper’s Home For The Right Price

Cyndi Lauper is looking to move on from her Stamford, Connecticut home. The house has been listed for sale and if you’re one of those die-hard fans, now is your shot to own something of hers. For the right price that is. 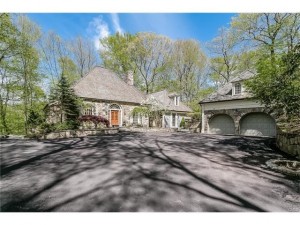 Lauper and her husband Dave Thornton are listing the massive home for a whopping $1.25 million. Your eyes may be popping out of your head with the pricing, however, there is a ton of history that comes with this property.

“The home was built in 1975 by Vince Camuto, the founder of Nine West, and the Grammy, Emmy, and Tony award winner bought it from him in the ’80s as a writing retreat,” according Curbed.

“It proved to be a fruitful investment, as she wrote five albums as well as the musical Kinky Boots during her residency.”

The home is massive and field with amenities such including, “multiple fireplaces, tiled bathrooms, a guesthouse (currently being used as a music studio), swimming pool, and seasonal lake views.”

Throughout the 80s, Lauper enjoyed a whirlwind of success. Her hits included, “True Colors” and “Time After Time” both of which charted number one. Lauper also had a few more hits, including, “Girls Just Want To Have Fun” and “Change of Heart.”

So what are you waiting for? Rustle up that cool $1.25 million and take your shot at owning an 80s legend’s home.