Traveling In The 80s

Home » Traveling In The 80s

Can you remember how much a plane ticket cost in the 80s? Or what it was like traveling in the 80s? There are pros and cons to then versus now, that’s for sure. And there’s one thing that everyone can agree was better left for 80s travelers.

Traveling In The 80s

There were meals provided on airplanes. Well there are varying accounts of the quality of the food, there was food nonetheless. It’s also worth mentioning that if you did purchase a cocktail on the plane, it was a good looking cocktail. A “Bloody Mary” was adorned with a celery stick, green olives, and a lime wedge. How fancy. 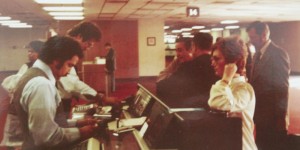 There was no scaling the internet for the best deal or watching your email for a sale. In the 80s you called the airline or a travel agent to procure a ticket and the price was the price. And speaking of the price..

Flights Were More Expensive Back Then

The Wall Street Journal states that a round trip domestic ticket in 1980 was $592.55. And the airlines are the ones that are paying the price now because (despite rising costs for them) a typical flight these days (2010) was almost half that at $337.97.

Security Was Slim to None

There weren’t xray machines to walk through and you got to keep your shoes on. If someone wanted to picked you up, they could meet you at the gate.It took less than half an hour to board a plane in the 80s. This is a far cry from some people these days who sit at the airport for 2+ hours waiting for a flight.

You Could Bring Whatever You Wanted 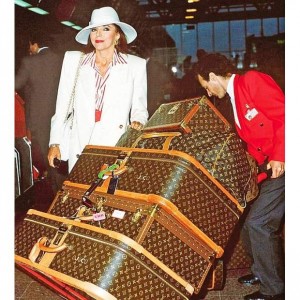 Three carry ons and a checked bag? You got it! A new set of steak knives you procured while on the road. No problem. There were no bag restrictions and no charges for anything extra. There was next to nothing you couldn’t bring with you on a plane.

Yup, you could smoke on a plane. Just a week ago I could still see the pop out ashtrays of years before sans logo and cigarette butts. Thankfully there was a ban on almost all flights in 1990 that stopped smoking. Even with how popular smoking was in the past, the workers and guests of the planes were no doubt in favor of this new law.

The differences really are astounding. So next time you prepare to fly, be thankful of the deal you found for your flight and the clean-er air you’ll have throughout your travels. Traveling now is not only cheaper but healthier, yay 2017.